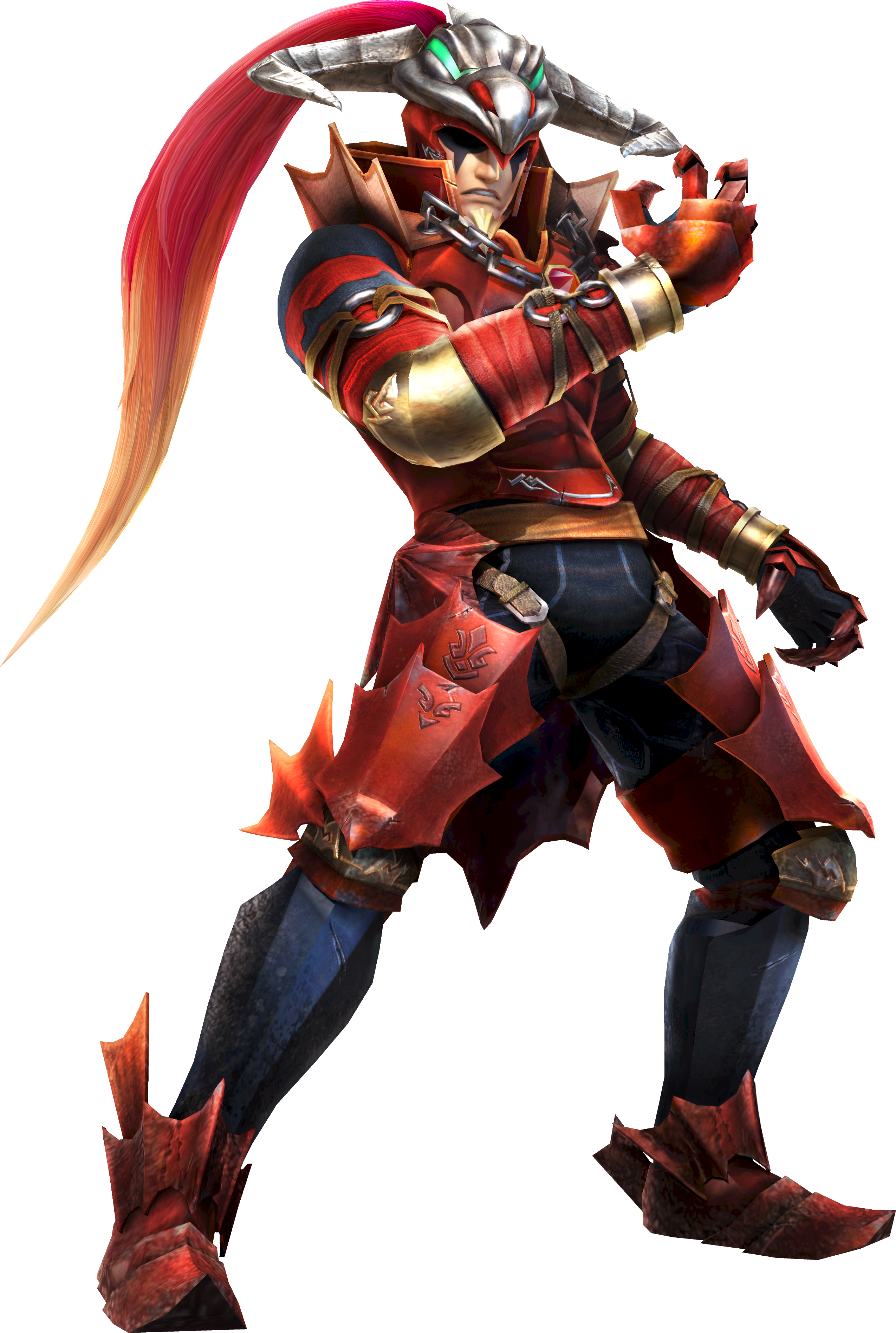 Volga is an enemy in Hyrule Warriors. Cia's right-hand man gave his soul to the dark witch and was rewarded with immense power. He is consumed by fiery energy when he fights strong opponents with his claw-like blades. Known as the Dragon Knight, Volga can switch between human and dragon forms to strike fear into his opponents’ hearts.

Volga, working with Wizzro, commands the monsters that Cia had sent out to attack Hyrule Castle. He eventually confronts Link (at the time a knight in training) while fighting Impa. However, after Link shields Impa from Volga's fiery blast, Volga discovers that Link possesses the Triforce of Courage, and is forced to retreat.

He later appears at the Valley of Seers where he ambushes Impa as she is approaching the Western Fortress. However, he is driven off by Lana, although not before vowing to return for a rematch.

After Cia opens the Gates of Souls, Volga travels to the era of Skyward Sword, where he forges an alliance with the Demon Lord, Ghirahim. Although Volga's arrogance is such that even Ghirahim had disgust with it. After Ghirahim is forced to retreat - after both Fi, Link, and Levias grant access to Volga/Ghirahim's territory - Link fights Volga as he is preparing to advance onto Skyloft. Although the battle is even, Volga eventually powers up to significantly overpower Link and Fi. This forces the duo to retreat to the Great Fairy's Fountain to grant Levias enough food to summon a lightning storm to weaken Volga. Afterwards, they manage to drive him off.

He later appears at the Valley of Seers where Cia uses her powers to power Volga up to become nearly unstoppable. After just barely being beaten near the Great Fairy's Fountain, he retreats and powers up more. However, Zelda manages to appeal to Volga's warrior pride to cast off Cia's influence and fight Link with his own abilities to prove his own skills as a warrior. However, Volga is quickly killed by Link, although he remarks that he does not have any regrets with death, with Cia expressing her irritation at Volga's last moments.