Talon is a recurring character in The Legend of Zelda series, appearing mainly in Lon Lon Ranch, and every time he is accompanied along with his daughter, Malon. He is known by being carefree and generally lazy, leaving all of his work for Malon and Ingo to tend to. 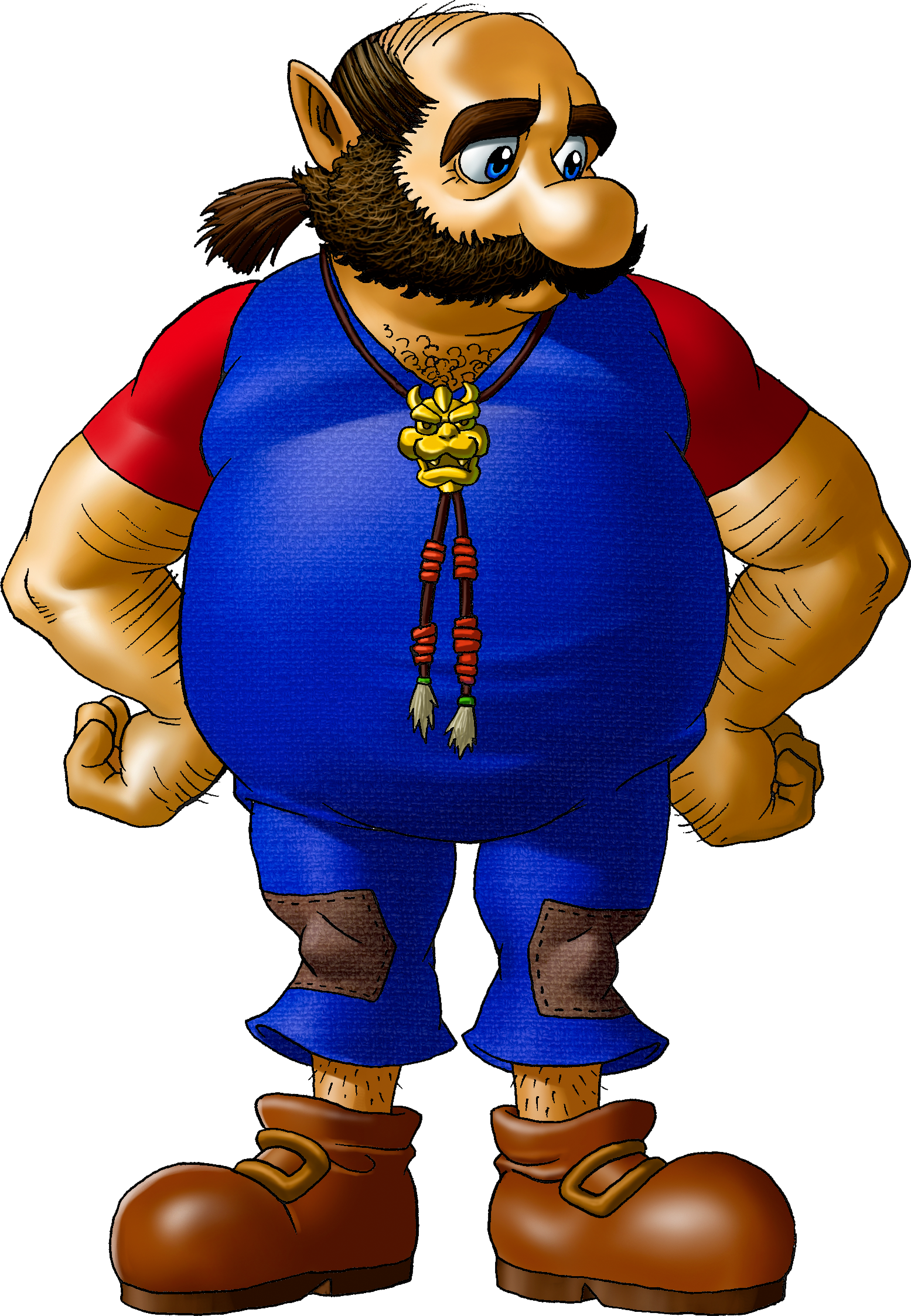 Talon is the lazy owner of Lon Lon Ranch, found in the center of Hyrule Field. He bears a resemblance to Mario from the Mario Bros series, with the other ranch hand, Ingo, bearing a resemblance to Luigi. He is a rather portly fellow, sporting a bald head and mustache, wearing jean overalls, a red undershirt, brown boots, and as another easter egg, a Bowser pin like Malon's. He seems to be very lazy and sleeps almost all day and all night. His daughter is Malon, whom he entrusts the horse Epona to.