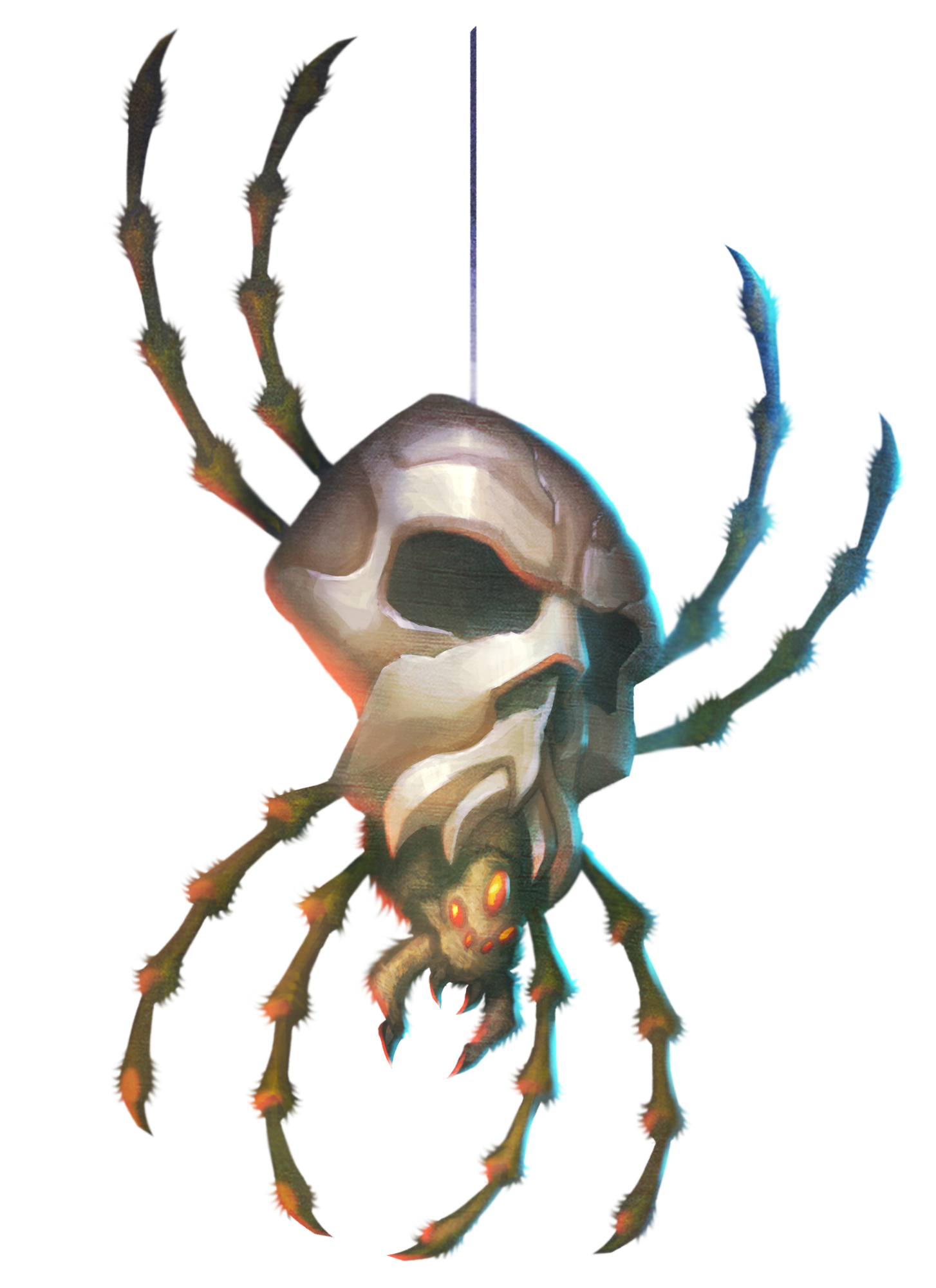 Skulltula are spider-like creatures that have appeared in many Zelda games. They return in Skyward Sword and look similar to those in Twilight Princess.

In Phantom Hourglass, Skulltulas are found around the Ghost Ship. They will drop down from the ceiling and block Link's path. If Link escorts a Cubus Sister and gets close enough to the Skulltula for the Cubus sister to see it, she will scream. If there is a Reapling on the same floor, it will immediately go to where the Cubus sister screamed. To get rid of them, Link must attack them with any of his weapons.