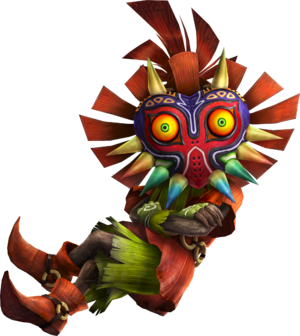 Skull Kids do not trust adults; when Link returns to the forest seven years later, the Skull Kids react negatively and attack him. If Link manages to defeat a Skull Kid, he is rewarded with a Huge Rupee. 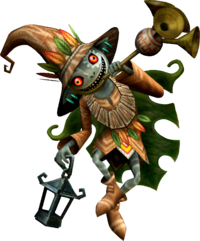 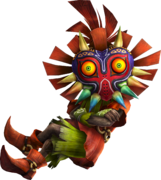 "This mysterious imp draws his power from his stolen mask and wields an ocarina on the battlefield to protect his treasured friends."