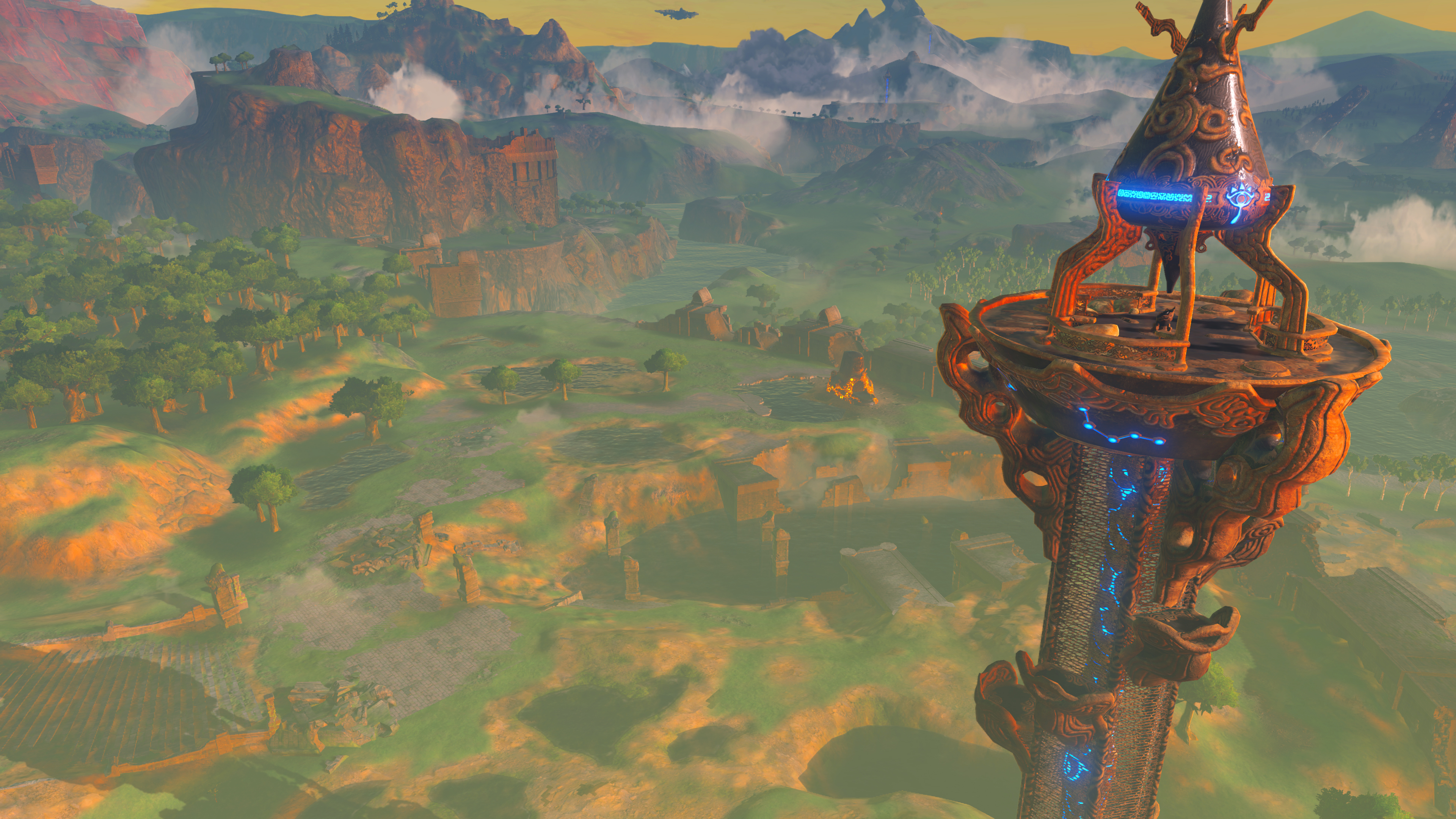 A Sheikah Tower is a tall structure upon which a Guidance Stone is placed.

The Sheikah Towers were constructed by the ancient Sheikah of Hyrule over 10,000 years ago. Buried beneath the earth, they had long since been forgotten by the people of Hyrule until Link discovered the top of the tower in the Great Plateau - which had been unearthed in the attack of Calamity Ganon 100 years earlier. After having activated the tower using his Sheikah Slate, the buried tower upon which he stood, along with the other towers across Hyrule, suddenly rose from the earth.