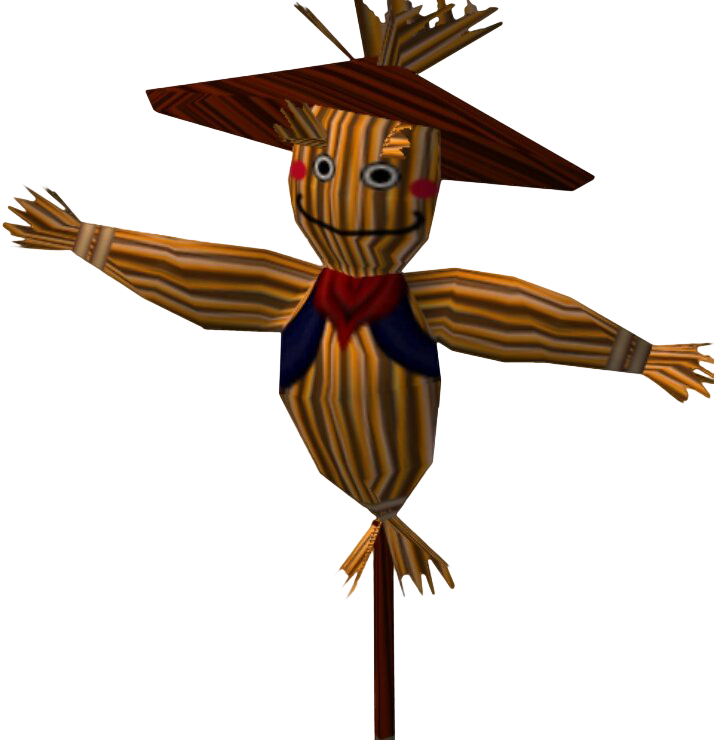 The Scarecrow is a character who appears in Majora's Mask who travels in search of good music.[1] He can be found on the lower level of the Astral Observatory or in the Trading Post. He offers to dance with Link, which will cause time to change to either the next morning or next evening.[2] After, he tells Link about the Inverted Song of Time and the Song of Double Time.[3][4]

If Link takes out his ocarina in front of the Scarecrow, he asks Link to play a song on it.[5][6] The song can be eight notes long, but if it is only one note repeated or a song already existing in the game, then he does not accept it.[7] However, if it meets the Scarecrow's criteria then he will remember it, and he will appear if Link plays the song in certain locations.[8][9] The song is then known as the Scarecrow's Song.

When Link plays the song and the Scarecrow appears, he can Hookshot to him to reach areas he normally couldn't. This allows the Scarecrow to help Link obtain a Piece of Heart in two places: once in Snowhead, just outside of the Snowhead Temple, and the other at the north of the Great Bay, near the Pirates' Fortress.