Perfect Dodge is a special move used by Link in Breath of the Wild and by many characters in Hyrule Warriors: Age of Calamity. 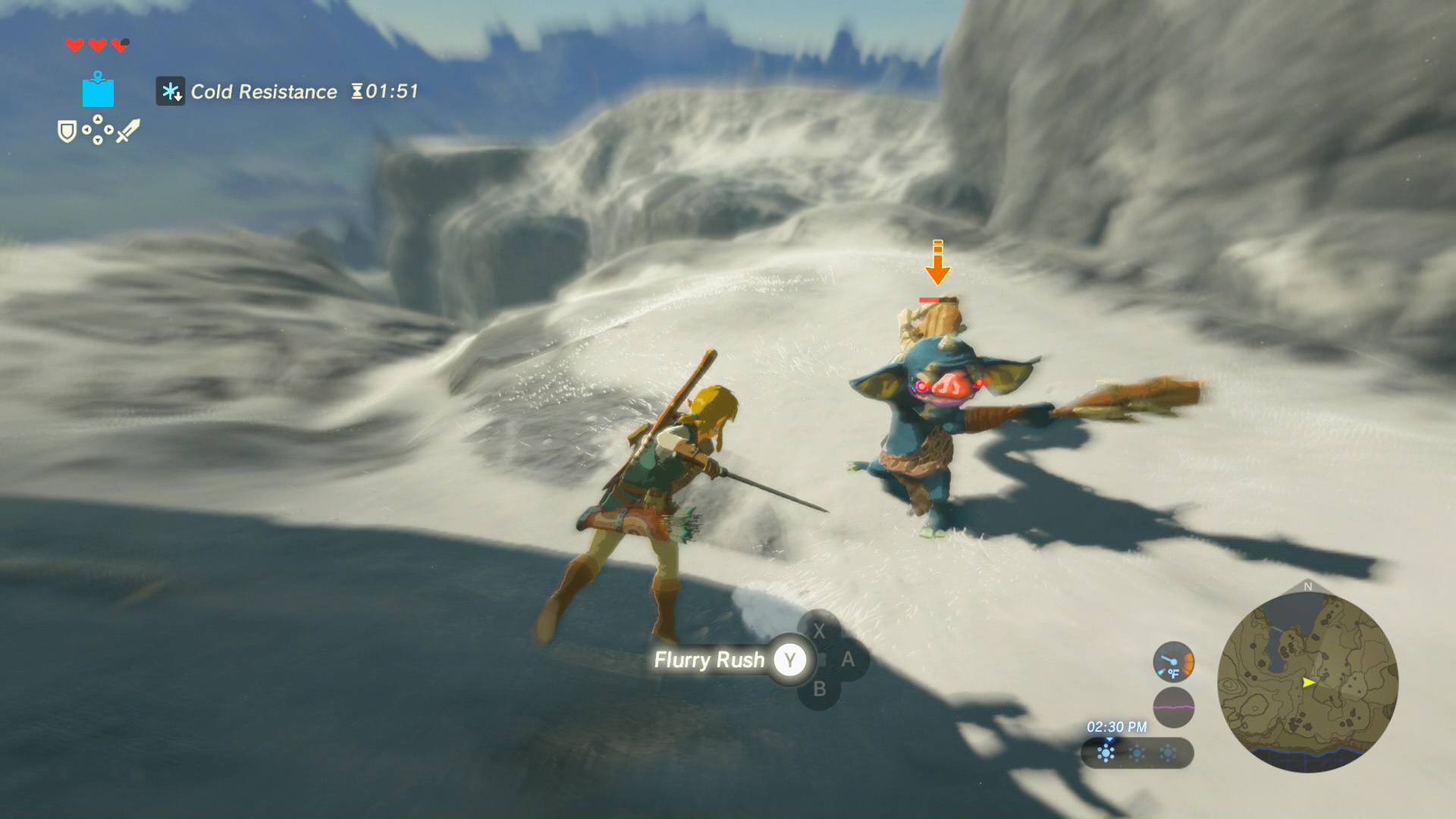 Perfect Dodges can be triggered by dodging an enemy's attack at the correct time, either by jumping to the side, or performing a back-flip. If successfully performed, Link has the opportunity to perform a Flurry Rush, where he attacks the enemy multiple times, in bullet time. This technique is useful against melee fighters such as Bokoblin or Lizalfos.

While it can be performed right from the start of the game, this move is learned at the Ta'loh Naeg Shrine, in Kakariko Village.

It's important to know that Perfect Dodges do not make Link invulnerable; as such, if a Perfect Dodge is performed to avoid an explosive attack (like a Lynel's ground strike), Link can still be struck by the blast wave of said attack while in mid-air.

The Perfect Dodge, in spite of being a special move, does not deplete the Stamina Wheel.

Perfect Dodges can be performed by all characters and are granted much more leniently in Age of Calamity. Projectiles can be Perfect Dodged as well as melee attacks, and it is not necessary to dodge in any specific direction. Indeed, one can dodge towards an attack and still get a Perfect Dodge with the right timing.

It would appear that Perfect Dodges are granted whenever a character dodges away from an attack that would have otherwise hit them.