Mount Rozudo is a location found in Breath of the Wild. 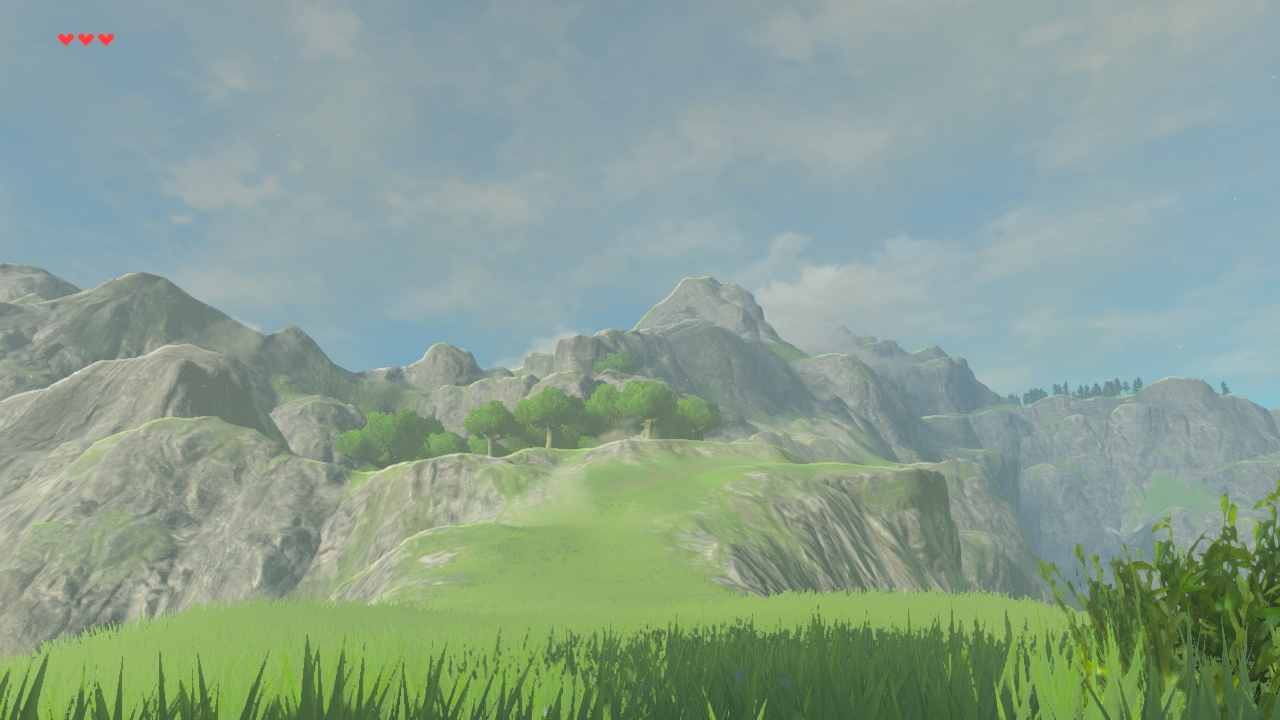 Mount Rozudo is a low-lying peak situated in walking distance, just west of the Hateno Tower, and east of Squabble River. There is a small forest area that has enemy Forest Octoroks, Red Bokoblin and Blue Bokoblin. There also is a variety of wildlife in this small area, including Woodland Boar and Mountain Doe. Within the small forest, there is an under passage with some ore. These can be mined to gather some Luminous Stones.

At the east end of the small forest, there is a Bokoblin camp with three Blue Bokoblin. Once defeated a treasure chest will appear that contains Fire Arrows. At the camp there is some Seared Steak being cook as well as some basic weapons that the Bokoblin wield, including a Boko Spear, Boko Clubs, and a Boko Shield.

At the sound part of the forest there is a pinwheel on one of the higher ledges. When standing near it, two acorns can be seen just above the trees to the north. Link can shoot them both to get a Korok Seed.

Stand near the pinwheel and shoot acorns that get thrown up above the nearby tree to the north.

Stand near the pinwheel and face north, then shoot the two acorns above the tree.