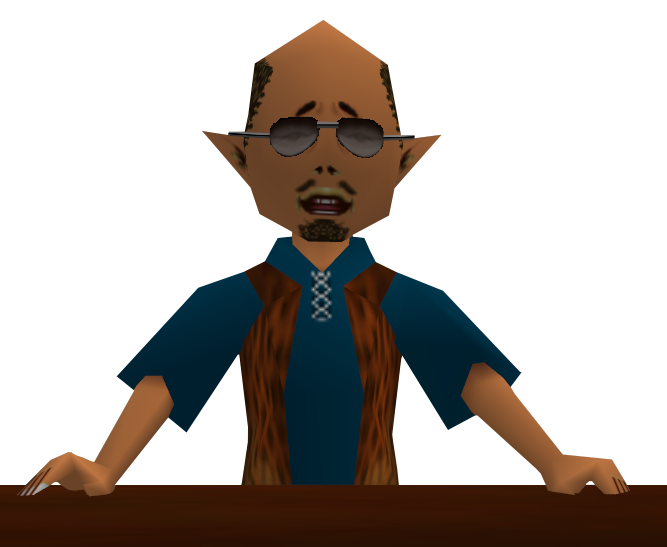 The Man from the Curiosity Shop is a character featured in Majora's Mask. He is the Terminian counterpart of the Fisherman from Ocarina of Time. He runs the Curiosity Shop in West Clock Town, but seems to be working at two places, both the Trading Post and the Curiosity Shop. He sells stolen goods, although he refuses saying it is illegal. He is aware of Kafei's curse, and secretly helps him take refuge in the Backroom of his shop. The All-Night Mask can be purchased from him on the third night for 500 Rupees, but only if Link has stopped Sakon the Thief in the same three-day cycle. If Link can't stop Sakon, the Big Bomb Bag is sold in the Curiosity Shop. He also will give Link the Keaton Mask and Priority Mail, which can be given to either Mama (Kafei's mother) or the Postman. Whichever one Link gives it to will give him a different reward. Link may also sell numerous items to him, the most expensive being the Gold Dust received from the Goron Races, which is valued at 200 Rupees.