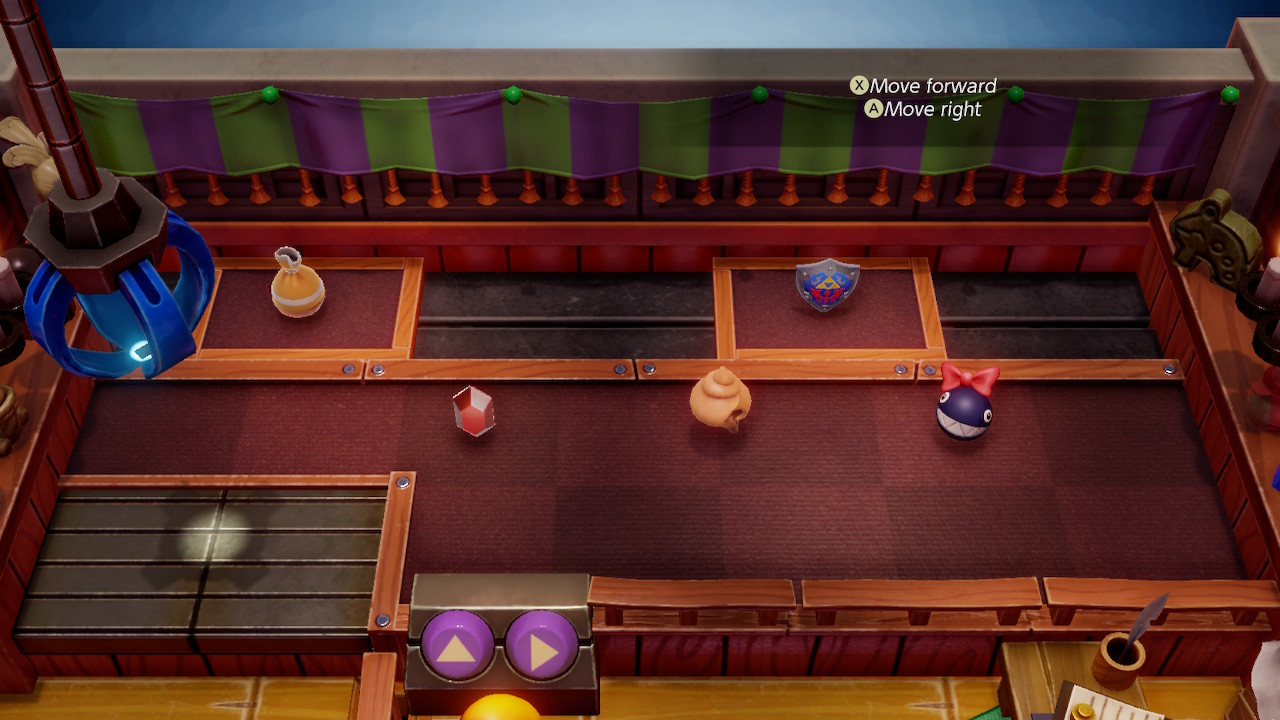 CiaoCiao Figure as seen at the Trendy Game

Figures are collectable items found in the 2019 remake of Link's Awakening. There are ten figures in total, and they are all themed around characters and enemies from the Super Mario series. They can be won at the Trendy Game in Mabe Village, after Link has won the Piece of Heart.

Once Link has claimed all ten figures, the Trendy Gamester will reward him with a Chamber Stone. Additionally, he will reduce the cost to play at the Trendy Game from 10 to 5 rupees.

Link must complete the game and let the credits roll before all figures can be collected.

NOTE: Link can only carry one figure at a time; they must be placed in their respective positions across town before a new figure will appear at the Trendy Game.