Inside the Statue of the Goddess 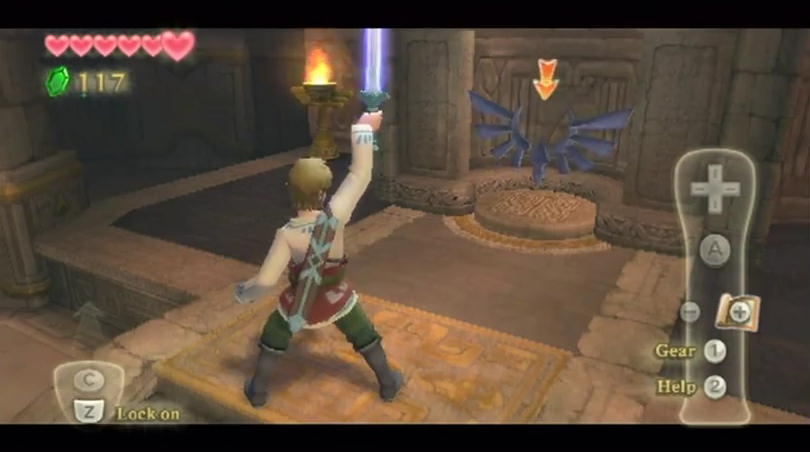 Link striking a Goddess Crest within the Statue

The room also features a Goddess Crest which, when struck with a Skyward Strike, reveals an altar with a recess for special tablets. These tablets represent certain portions of the overworld map, and when inserted cause the Statue of the Goddess to emit a light that opens a portal to the corresponding section of the surface.

The first of these tablets, the Emerald Tablet, is given to Link by Fi in this very room. It parts the clouds above Faron Woods, allowing Link to travel to the surface for the first time. The Ruby and Amber Tablets are found at the Skyview and Earth Springs and grant access to Eldin Volcano and Lanayru Desert when placed in the altar, respectively.