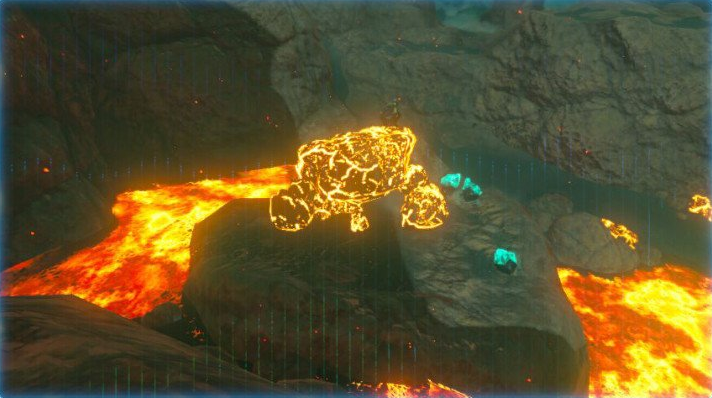 Igneo Talus attack in the same manner as other Talus, it will use its arms and body to try and crush Link, however, they now cause explosions that can damage him, either by throwing its arms, or slamming its body against the ground. The other challenge the Igneo Talus poses is that its body is too hot for Link to walk on, climbing on to, and standing on the boss will cause the player to take damage at a fast rate. This can all be avoided, however, with the use of any Frost weaponry, including Ice Rods and Ice Arrows. Hitting the Talus with any Frost damage will cause it to be stunned, and put out the fire coursing through its body, giving Link time to crawl up and damage the bosses weak point. Igneo Talus will always focus on relighting themselves after they knock Link off.