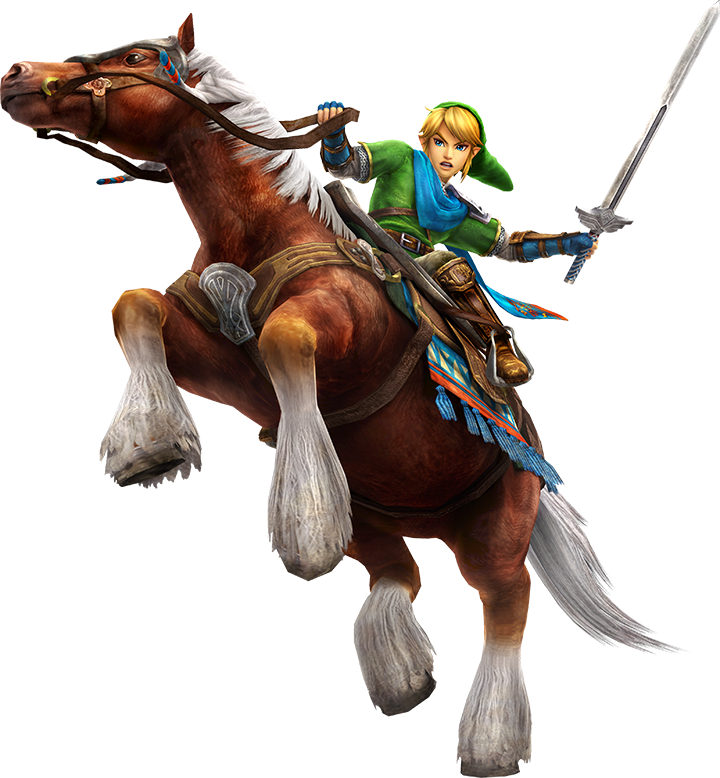 The Horse is one of Link's weapons in Hyrule Warriors. It is part of the Master Quest Pack. All three ranks are unlocked upon installing the DLC pack.

"Link's beloved steed and most faithful companion. When the gauge is full, charge ahead with a Strong Attack. You can also charge by holding

at the end of a Combo Attack."

Epona in the main quest of Hyrule Warriors is mainly just for effect in a cut scene. The cut scene features the protagonist of the game, Link, chasing Epona and then climbing onto her to pose. This is the only time in the game that Epona is shown.