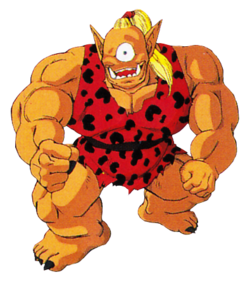 The Hinoxes in Breath of the Wild are mini-bosses that are sprinkled around the world of Hyrule; there are forty in total. There are multiple variants of the Hinoxes such as the standard red-skinned, blue-skinned, and black-skinned. They use their large size and fists to hurt Link. If Link gets close enough, they will try to punish him by stomping the ground below them. Oftentimes they use their environment to their advantage, which can include them uprooting nearby trees and attempting to flatten Link with them. However, they are fairly slow enemies and their moves can be telegraphed quite easily.

If Link is stealthy enough, he can steal some of the weapons that usually hang around their necks. These weapons include broadswords and bows that may give an advantage to the attacker.