The Hero's Spirit, also known as the Hero's Shade, is a character from Twilight Princess who teaches Link the seven Hidden Skills. The Hero's Shade is very skilled with a Sword, and he is missing one eye. He appears to be similar to a Stalfos in appearance. 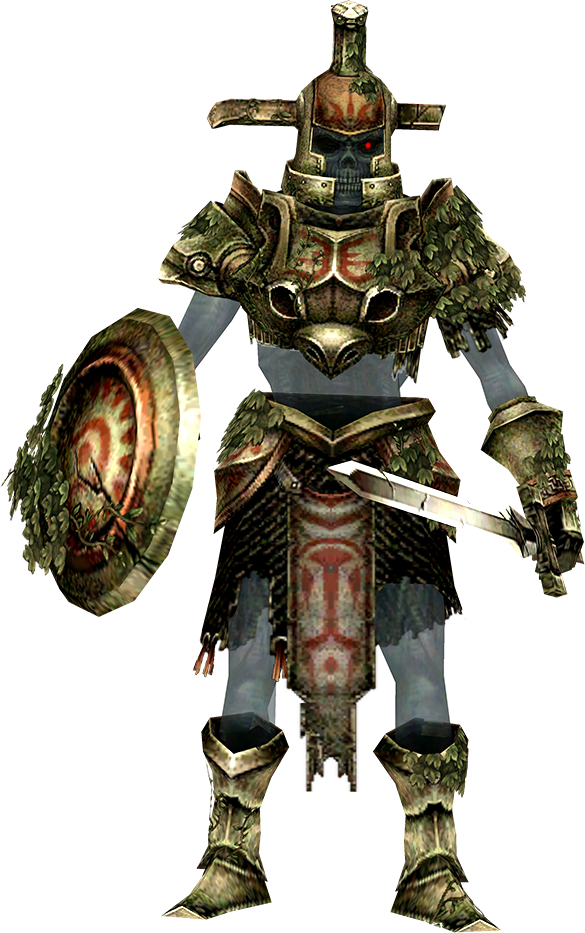 The Hero's Shade is the spirit of an ancient warrior who once saved the land of Hyrule. He wishes to pass on his skills to Link, a member of his bloodline. He has the ability to turn in to a White Wolf, similar to how Link turns into a wolf in the Twilight. He is first seen in this form outside of the Forest Temple. After their first encounter, Link can meet him by howling at a Howling Stone, where they howl a duet in wolf form. A symbol then appears on Link's map where he can find the golden wolf. When encountering the wolf, the beast initially attacks the young hero, which in turn warps him to a strange, foggy dimension with a faint outline of a castle in the background. The shade then appears in his true form and teaches Link one of the seven Hidden Skills.