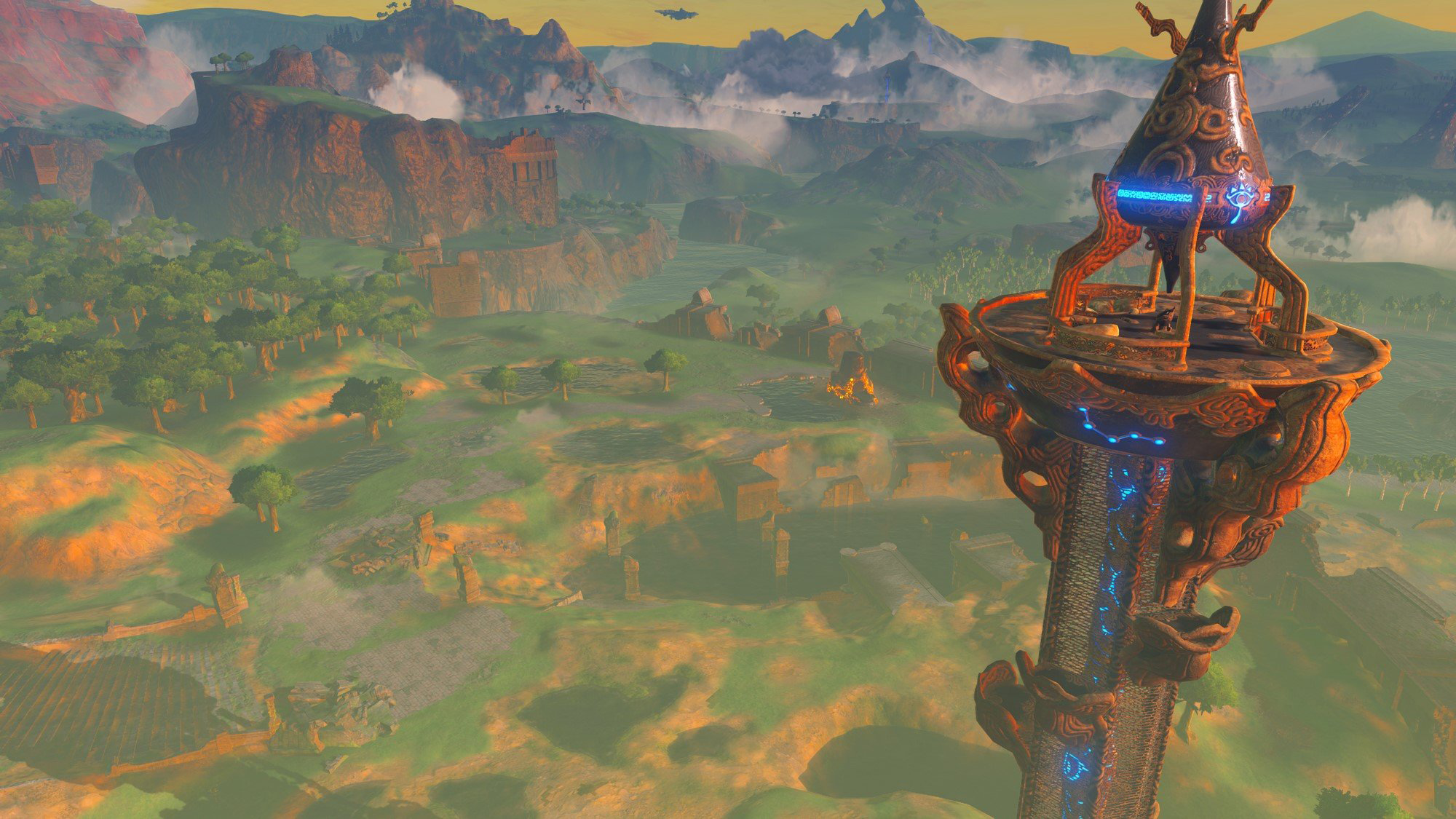 Great Plateau Tower is a Sheikah Tower and location in Breath of the Wild. It is located in the Great Plateau, and is the first one of its kind activated by Link. This Tower serves as the mechanism to raise all other towers from the ground, and activate all shrines located around Hyrule.

The tower's travel gate faces South, opposite the Central Region.

The tower is the only tower in the game that has to be activated for the plot to advance, while all the other towers are optional. Located in the western side of the plateau, it's the only tower that the Sheikah Slate provides a marker for. While not heavily guarded, Link has to make his way to the tower with seldom a weapon acquired, and it's flanked by at least two groups of Bokoblins sporting bows and arrows.

Activation of the tower and previous contact with the Old Man are required for the Sheikah Slate's clock to advance, and as such, non-activation prevents night from occurring. This prevents enemies like Stalkoblins and Keese from appearing.

The tower itself has little features aside from the fact that one of its openings is blocked by rocks. As stated in the Great Plateau page, the tower provides the terrain map for the smallest area in the game.

Note: This region technically does not feature Test of Strength Shrines; Ruvo Korbah Shrine functions as an extension of a Major Test of Strength, featuring more guardians.