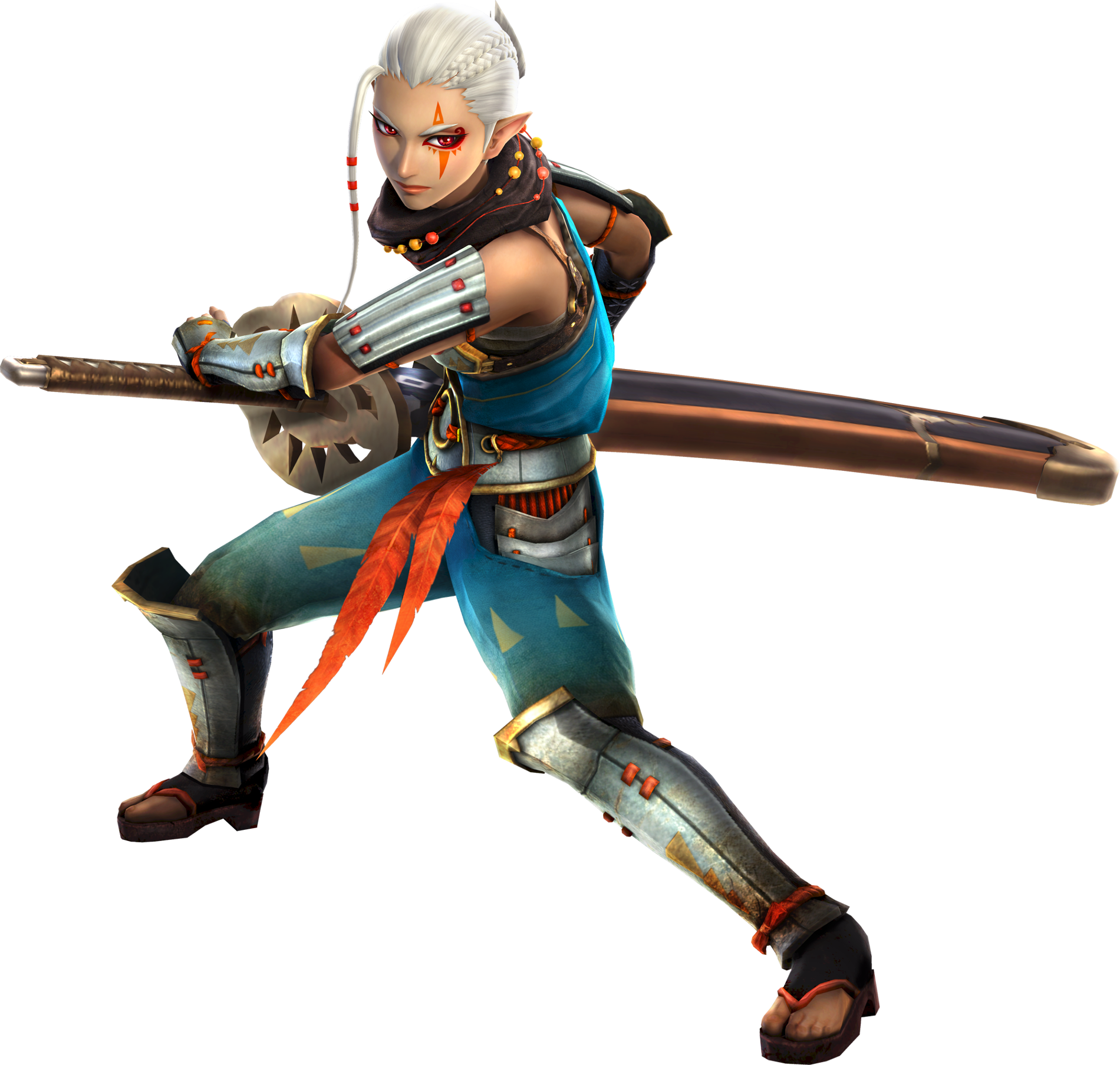 The Giant Blade is one of Impa's weapons in Hyrule Warriors. Impa starts with a Giant's Knife when she is unlocked after completing Hyrule Field in Legend Mode. This blade also allows her to use water magic through the weapon, splashing enemies and even stabbing them with ice. Her sword is very powerful, not to mention very large. She continually sheaths it in the sheath behind her back. For her Strong Attack, Impa speeds forward, attacking enemies with a comparatively weak attack. Interestingly, Impa is also very light on her feet, even with such a large weapon.

"A sword created by the finest Goron smithy who ever lived. It slices deep but requires immense strength to wield. Press the Strong Attack button to quickly dash into enemies!"

Unlocked in Legend Mode from a Sealed Weapon found in a chest after capturing E. Boulder Keep in Death Mountain.

Unlocked in Adventure Mode by completing the challenge at grid F1? with an "A" rank after using the Digging Mitts on the patch of soft soil.

Part of the Master Quest Pack, unlocked in the Master Quest map of Adventure Mode by completing the challenge at grid B6? with an "A" rank after using a Goddess's Harp on the Goddess Butterflies and a Water Bomb on the boulder in the water.