Fire-Breath Lizalfos are enemies that appear in Breath of the Wild and Age of Calamity. 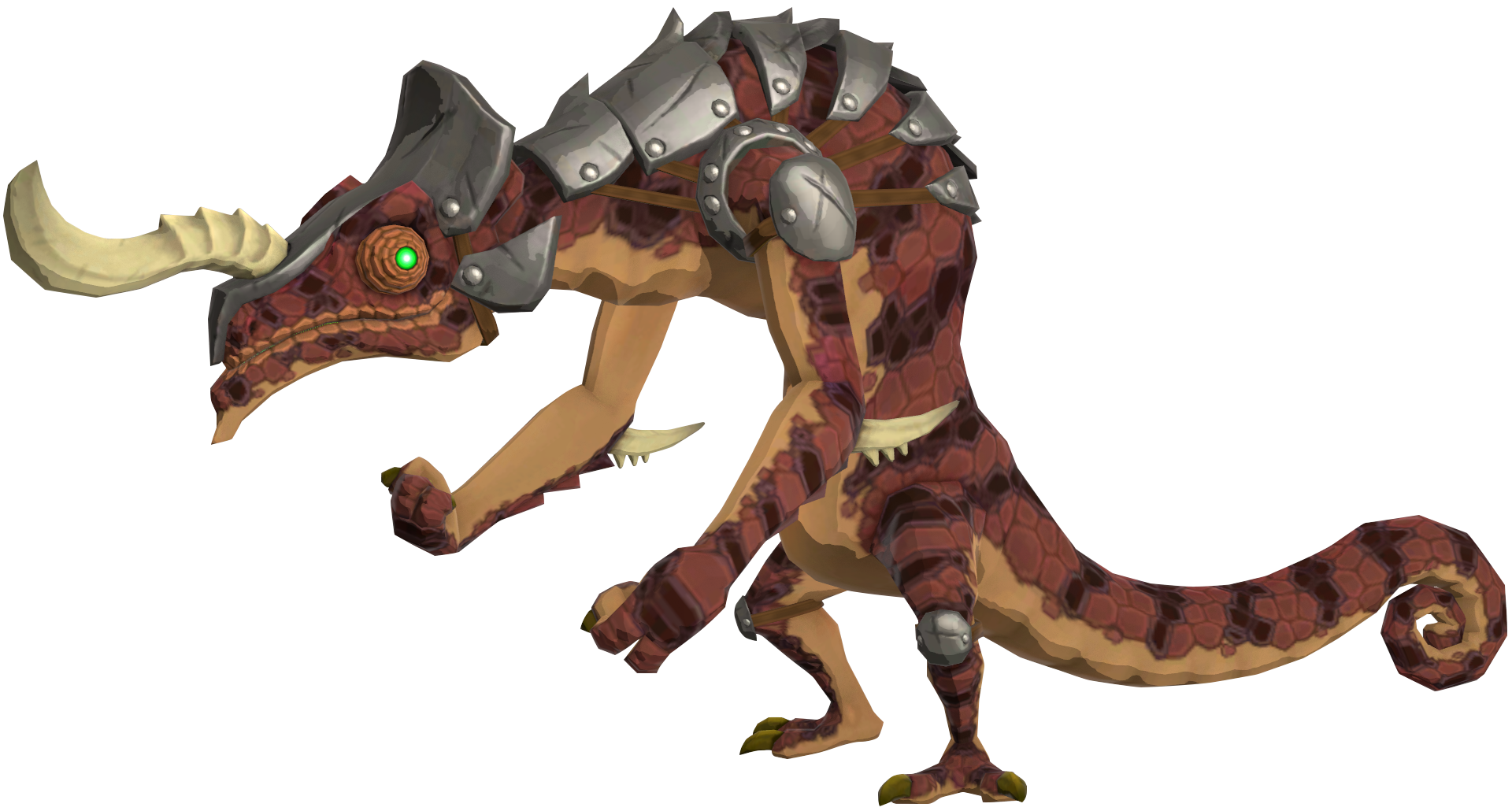 "These quick-witted, lizard-like monsters can be found all over Hyrule. Their fiery breath makes them pretty dangerous, but exposure to cold will kill them instantly. They mainly make their homes in volcanic areas but have also been sighted in the Akkala region."

Fire-Breath Lizalfos act in a very similar way to the traditional Lizalfos, but have the ability to breathe fire. Link can avoid taking damage here by holding out his shield, or, if he has all three pieces of the Flamebreaker Set equipped and enhanced at least twice, the fire will deal no damage at all. Upon death, the Fire-Breath Lizalfos will drop a Red Lizalfos Tail, in addition to a Lizalfos Horn and a Lizalfos Talon.

These monsters primarily make their home in the Eldin region of Hyrule, surrounding Death Mountain. They are primarily west of Death Mountain, with a handful of them located in the Abandoned North Mine. There are also a handful Fire-Breath Lizalfos just north of Gerudo Town.

Their weapons of choice tend to be the Lizal Tri-Boomerang and the Forked Lizal Spear. The archers in the Abandoned North Mine often wield a Strengthened Lizal Bow.

Fire-Breath Lizalfos in Age of Calamity are fire variants of the Lizalfos. They first appear during the Daruk, the Goron Hero scenario. They will occasionally drop a Lizalfos Horn, Lizalfos Talon, or a Red Lizalfos Tail when defeated. After each Fire-Breath Lizalfos is defeated, the player will receive a Lizalfos Trophy, which can be used to complete quests or upgrade weapons of the various warriors.