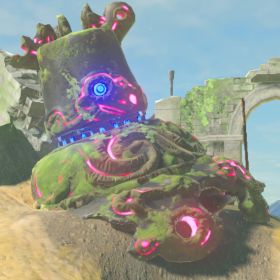 The Decayed Guardian is a type of Guardian that appears in Breath of the Wild. It will track Link with a red beam before unleashing a powerful blast.