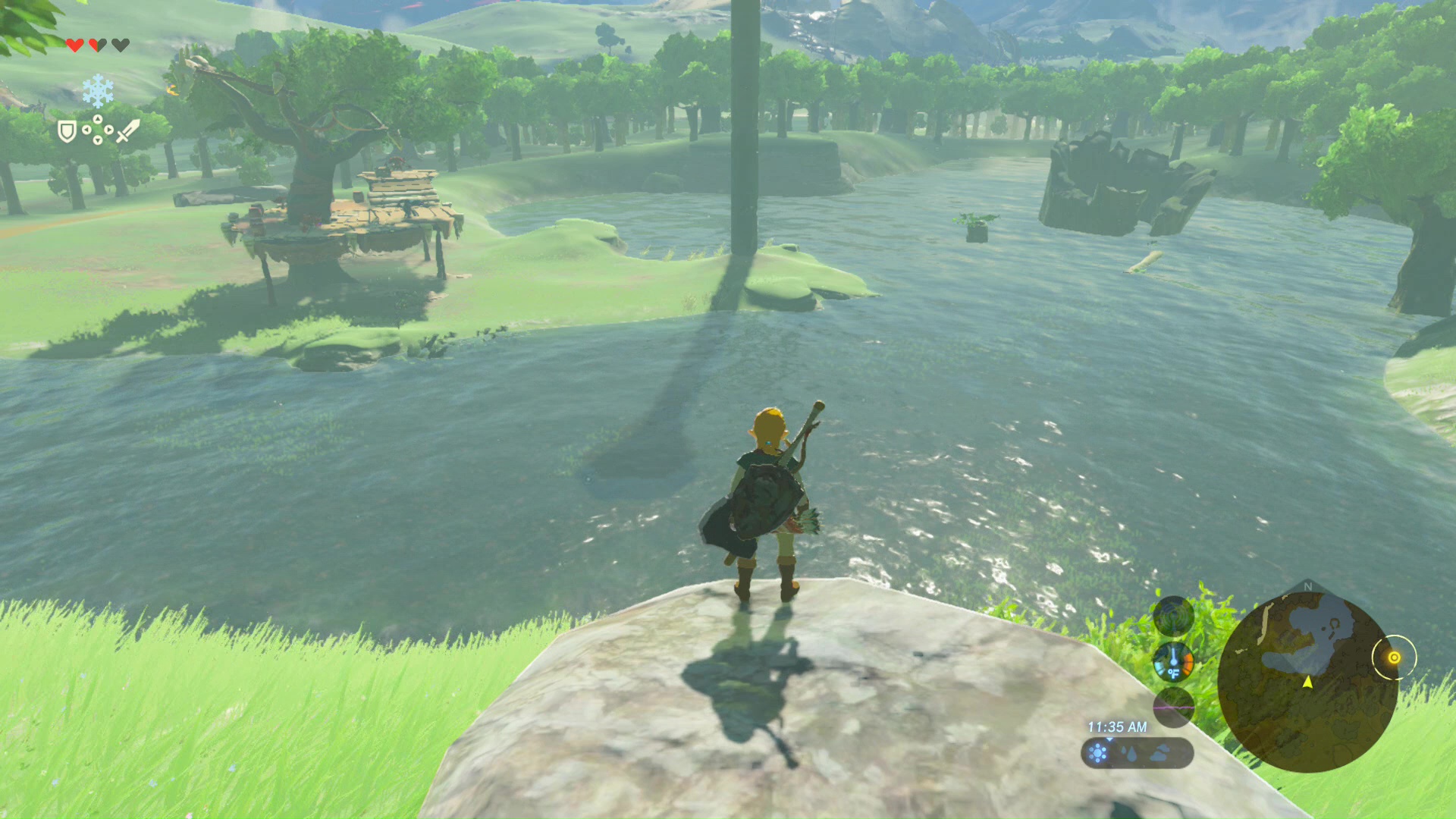 The Batrea Lake is a location found in Breath of the Wild.

The Lake is situated east of the Owlan Bridge, along the Hylia River, and it is surrounded by a small forest. While the water at the Lake is a bit to shallow to support any fish, there are some animals around, including Hot-Footed Frogs, Tireless Frogs, Common Sparrows, and Blue-Winged Herons.

At the west side of the Batrea Lake there is a Bokoblin camp with both Red and Blue Bokoblin. There are two treasure chests found here, one on top of the camp containing a Traveler's Bow, and another at the top of the tower that has five Bomb Arrows. This particular camp is a bit unique in that there is no bridge or stairs that lead up to the top of the camp. Instead, the Bokoblin here will shoot Link with Arrows, throw rock, as well explosive Bomb Barrels. It's best to defeat these enemies with arrows from a distance. However, there are three metallic blocks within the lake itself. Link can use Magnesis to bring these blocks closer to the Bokoblin platform, where he can stack them, creating a ladder that Link can climb.

Alternatively, Link can first climb up the large tower. It's rather high, so unless Link has Revali's Gale or extra Stamina, he won't be able to climb up by himself. Link can stack up the metallic blocks to reach the top of the tower and then glide over to the Bokoblin platform.

Put the metal rock in the hole in the stump.

Use Magnesis to put the metal rock in the stump. 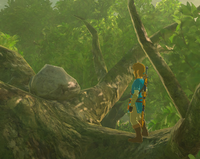 Climb the thick tree, and pick up the rock on top.

Pick up the rock on top of the tree.