From Zelda Dungeon Wiki
Jump to navigation Jump to search
Want an adless experience? Log in or Create an account.
Yarna Desert 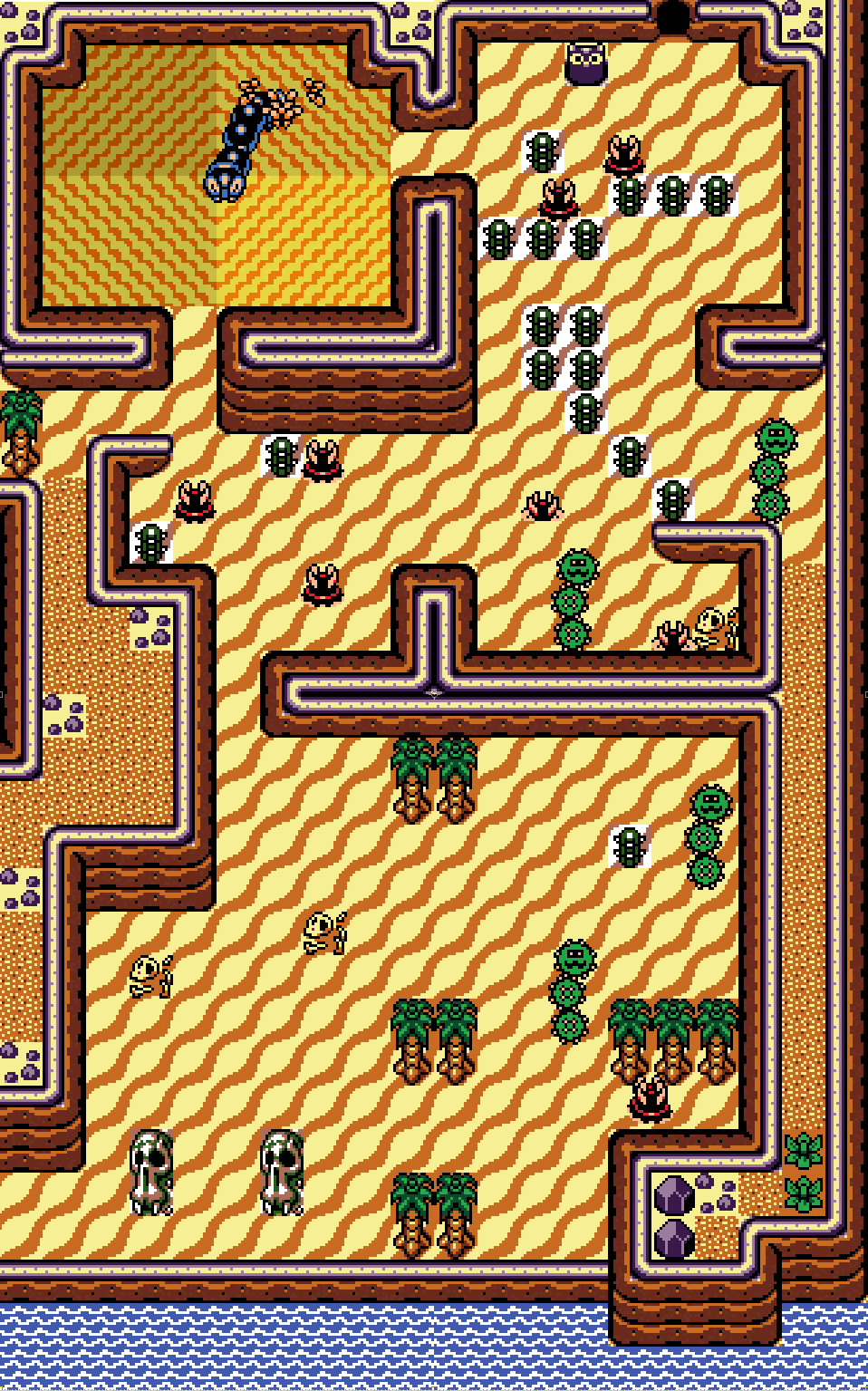 Yarna Desert is a region of Koholint Island in Link's Awakening. Found in the southeast corner of the island, it is a barren landscape filled with bones and cacti. The area can only be accessed through the East of the Bay region, just south of Animal Village. Link is told to go here after collecting the third instrument, the Sea Lily's Bell. However, he finds that a sleeping Walrus is blocking the path, so he brings Marin to sing the Ballad of the Wind Fish and wake him up.

In the northwest of the desert, Link can find Desert Lanmola in a large sea of quicksand. If Link manages to defeat him, he will receive the Angler Key, which will grant him access to the fourth dungeon, Angler's Tunnel.

If Link falls through the quicksand while fighting Desert Lanmola or enters the nearby hole with the Owl Statue outside of it and turns left, he will find a cave with Pincers inside. If he uses a Bomb on the northern wall, he can reveal the entrance to a room with a Piece of Heart in it.

Along the eastern wall of the desert, there is a ledge on higher ground than the rest of the level. If Link follows this ledge to the southeastern corner, he will find a few rocks that he can lift with the Power Bracelet. A Secret Seashell is hidden under one of the rocks.