From Zelda Dungeon Wiki
Jump to navigation Jump to search
Want an adless experience? Log in or Create an account.
Wake-Up Mushroom 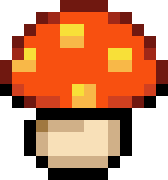 The Wake-Up Mushroom is an item in The Minish Cap. It is bought from Syrup later on in the game. This odd fungus is needed to wake up Rem the shoe maker who suddenly falls asleep in his shop within Hyrule Town.