From Zelda Dungeon Wiki
Jump to navigation Jump to search
Want an adless experience? Log in or Create an account.
EternityTheory 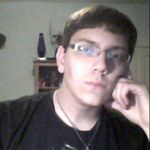 My name is Jordan, AKA Eternity Theory, AKA "that tall guy." I'm an avid writer and Nintendo fan who joined the Zelda Dungeon news team back in September 2011 to help with the Skyward Sword news rush. Despite an unfortunate hiatus after the launch of the game, I returned to the staff almost exactly a year after I first joined and have been keeping steady as a news poster once again. I currently run the weekly music feature Flute Boy's Meadow.

You'll see all of my news posts put under my actual name, Jordan, and I am constantly active in the comments as Jordan DiPalma. As for my heavily over-used username of Eternity Theory, I actually coined that name for a band I was almost a part of in high school. My friends didn't care for it but it stuck with me and I've used it all over the internet ever since. Go figure.

I am a college student currently taking classes at Virginia Polytechnic Institute and State University, AKA Virginia Tech for those of you who prefer reasonable names.

As of April 2013 I have played every canonical Zelda game except for Four Swords Adventures. I'm actually shopping right now for it, and plan to get a group of friends together to beat it over the summer.

My first game in the series was Ocarina of Time. If you want me to rank them or tell you my favorite, don't expect much; I can't really pick a definitive favorite, nor can I rank them fairly. Either way...