From Zelda Dungeon Wiki
(Redirected from Travel gate)
Jump to navigation Jump to search
Want an adless experience? Log in or Create an account.
Travel Gate 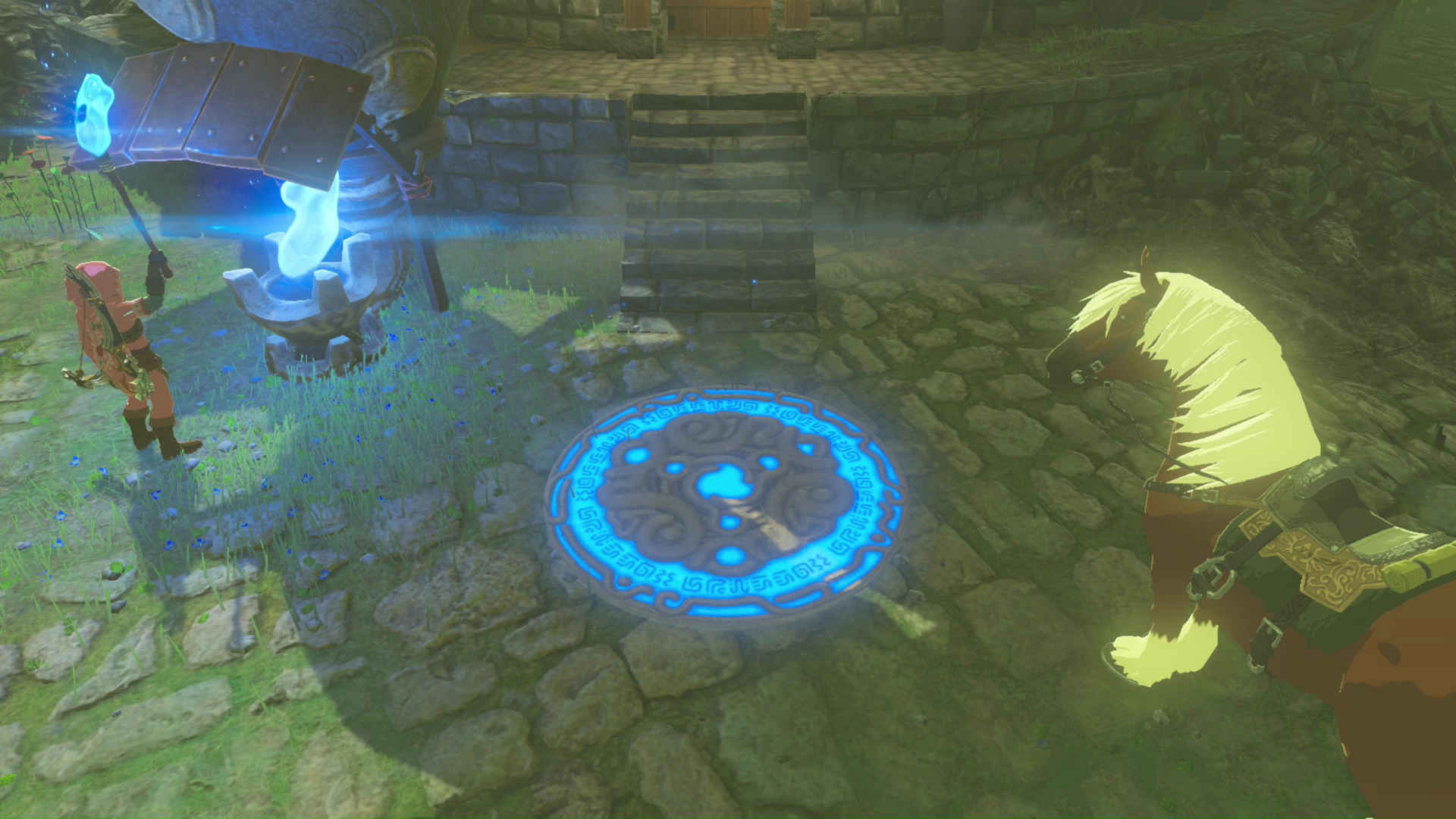 Travel Gates can be reached at any time (except if Link is inside Hyrule Castle or a Divine Beast), and provide a fast-travel point and a mean to escape dangerous situations. Most of the Gates make Link face outward from their location once teleported except the Shrine of Resurrection, which faces its exit, so in the case of Sheikah Towers, the screen faces Link's front and the area behind him; for instance, if the tower's Gate physically faces east, Link will face east and the screen will face west once teleported. Link will also face the Travel Medallion's gate in the opposite direction it was placed once he teleports, so if he's facing north when placing it, he'll teleport to it facing south while the screen is facing north.