From Zelda Dungeon Wiki
Jump to navigation Jump to search
Want an adless experience? Log in or Create an account.
The Resistance 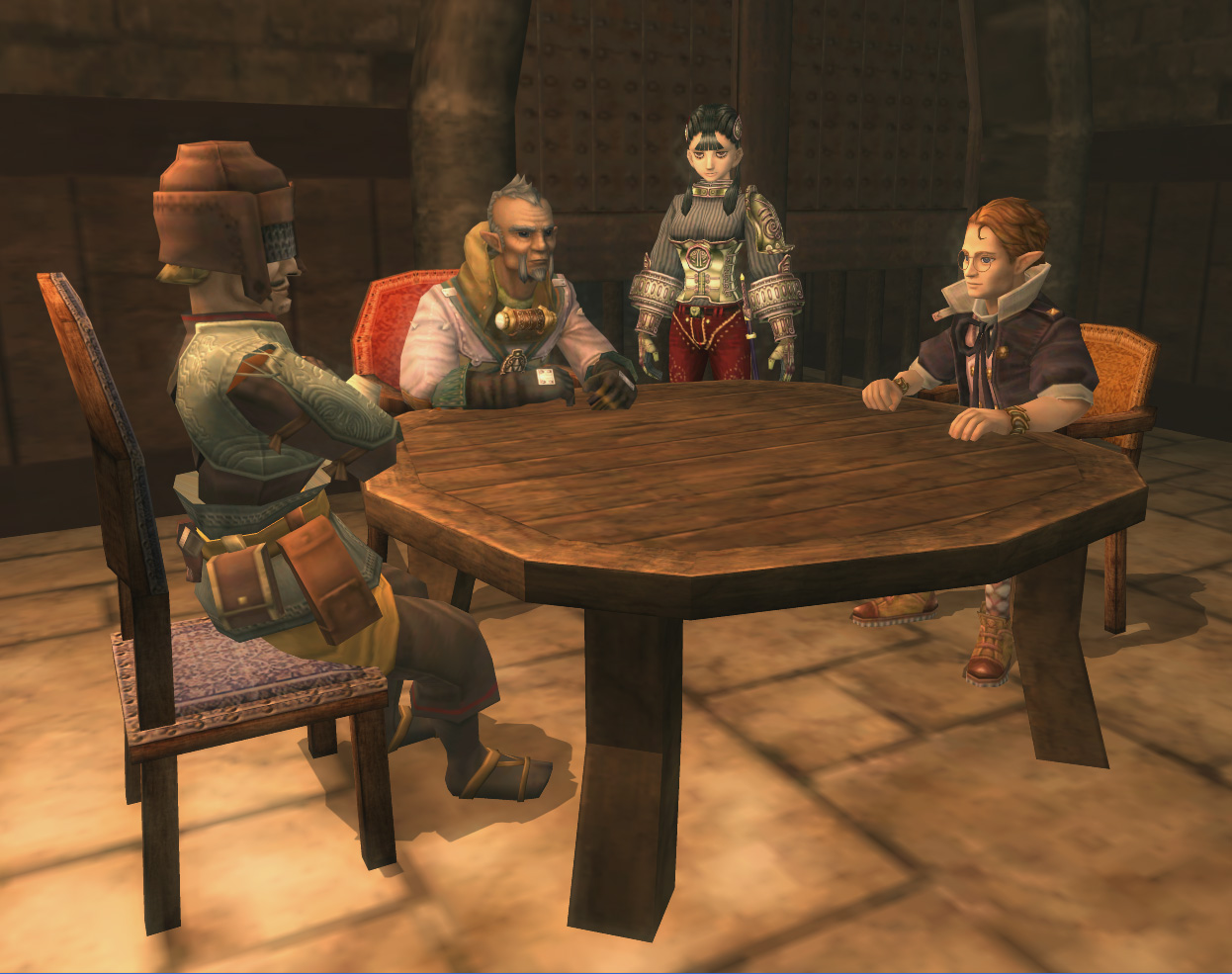 The Resistance, also known as The Group or The Adventurers' Guild, is a group of characters featured in Twilight Princess that gather at Telma's Bar within Castle Town. The Group consists of five members: Telma, Rusl, Shad, Auru, and Ashei. However, a secret sixth member also exists in the form of Telma's cat, Louise. The Resistance helps Link greatly in his effort to find the Mirror of Twilight. Each help in their unique ways, adding quite a few memorable characters to the game. They also help Link get to Ganondorf in Hyrule Castle.

Link first meets this group after restoring light to the Lanayru Province. The group's negative stance against the hero in green alters after Link brings the young Zora, Prince Ralis, to Kakariko Village. Link receives intelligence from Auru regarding the Mirror of Twilight. Auru reveals details about the infamous Gerudo Desert to Link. Auru then presents a message to be given to Fyer. Fyer repays his long overdue debt to Auru by allowing Link to take an Oasis Flight to the desert via his cannon.

After some time passes, Link meets Ashei once more at Snowpeak. Her drawing prods Link forward towards catching the Reekfish and learning the Reekfish Scent as Wolf Link. Acquiring this scent, allows Link to successfully travel to the Snowpeak Ruins.

Soon after that occurs, Rusl provides Link with a Golden Cucco that allows him to brave the impasse leading to the Sacred Grove and the subsequent dungeon, the Temple of Time.

As the story progresses, Shad restores the original power of the Dominion Rod obtained in the Temple of Time, allowing Link to move similar looking statues and access to the Sky Cannon which propels Link to the City in the Sky if he pays Fyer a fee of 300 Rupees.

The group appears one last time to help Link brave Hyrule Castle, arming him with a bazooka. After this task is complete, Telma returns to her bar and Rusl to Ordon Village. The other members of the Resistance decide to further explore the Sacred Grove.