From Zelda Dungeon Wiki
Jump to navigation Jump to search
Want an adless experience? Log in or Create an account.
Temple of Light 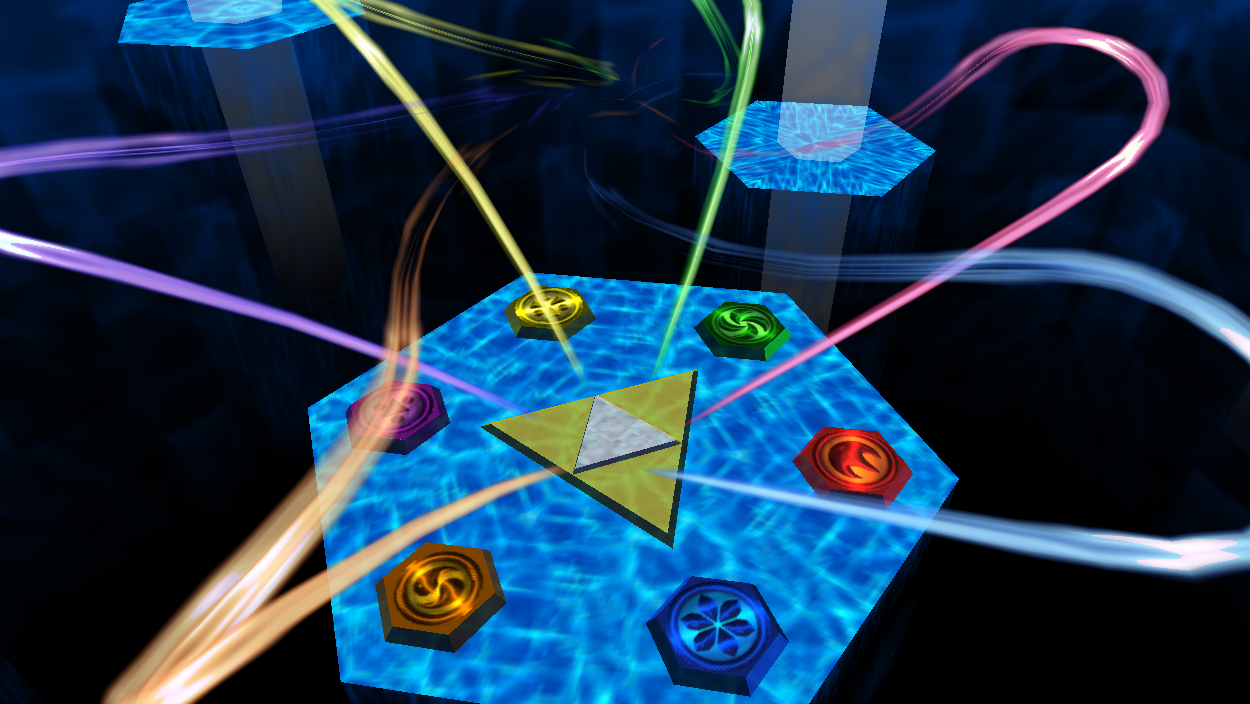 The Six Sages, transformed into trails of Light, make to open the portal to seal Ganondorf away in the Chamber of the Sages.

Rauru explains that while the Sacred Realm was not spared from becoming the Dark World, he used his powers to keep the Temple of Light and the Chamber of Sages within it intact.[1][2] Link subsequently accesses the Temple of Light each time he rescues one of the Seven Sages from one of Ganondorf's dungeon lairs. During the game's end, when Ganon is lying on the ground stunned, the Sages unite and deal a final blow to the beast.[3] Ganondorf is locked away in the Sacred Realm with the hope of peace for future generations.

Chamber of the Sages

The Chamber of the Sages is the location where Link's body slept for seven years after he took the Master Sword out of the Pedestal of Time.[1][2] After Link completes each of the first five Adult Temples in the game, he is transported here so that the Sage can give him a Medallion that represents their power.