From Zelda Dungeon Wiki
Jump to navigation Jump to search
Want an adless experience? Log in or Create an account.
Takaya Imamura 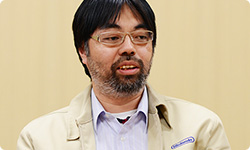 Takaya Imamura is a game developer who has worked for Nintendo during the 1990's, getting his start on early games for the Super Nintendo Entertainment System. One of his first games he worked on was A Link to the Past, where he worked alongside Soichiro Tomita as an Object Designer. He would later go on to work as an Art Director for Majora's Mask.

While Imamura has worked on a few Zelda titles, he has more prominently been a develop for the F-Zero, Star Fox, and Super Smash Bros. franchises, working on almost every entry in all three series'.