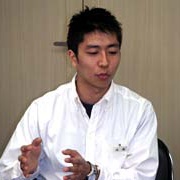 Takahiro Watanabe is a sound engineer who has been working for Nintendo since 2002. He first joined the team with The Wind Waker, where he is credited with Sound Effect Programming. He would go on to work on sound for several future Zelda titles, as well as games in the Pikmin and Animal Crossing franchises.

Watanabe has since shifted to a supervisory and support role.