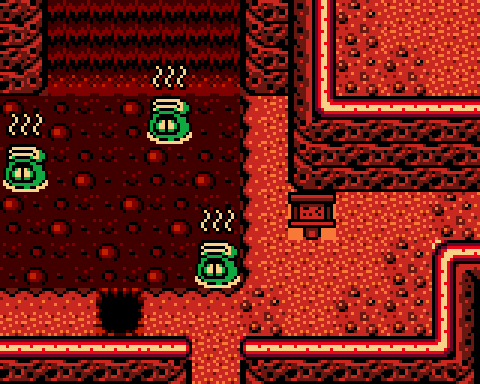 When Link first comes to Subrosia to get the Rod of Seasons, he has to go through the Subrosian Hot Springs to get to the Subrosian Dance Hall as the Dance Hall is only accessible through the spring. Once Link has obtained the Roc's Feather, he can access other parts of Subrosian Volcanoes by jumping over the hole in the spring blocking the way.