From Zelda Dungeon Wiki
(Redirected from Spirit of Courage)
Jump to navigation Jump to search
Want an adless experience? Log in or Create an account.
Ciela 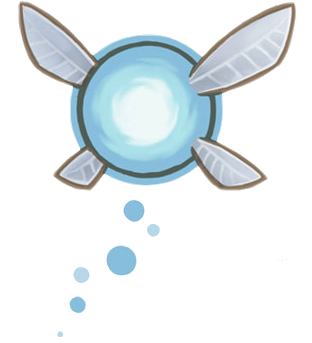 Ciela is Link's Fairy companion during the events of Phantom Hourglass. She finds Link washed ashore on Mercay Island at the start of the game, and soon agrees to travel with him in his quest to gather the Servant Spirits of the Ocean King and rescue Tetra from the clutches of the Ghost Ship. Ciela lost her memory many years before the events of the game, and explains how she was taken in by Oshus after washing ashore like Link had. She has a bold and feisty personality, which often puts her at odds with the cowardly Linebeck she is forced to travel with.

After Link has saved the Spirits of Power and Wisdom and defeated Crayk, the boss of the Temple of Courage, Ciela is shocked to find that the final spirit freed looks identical to her. Oshus reveals soon afterward that Ciela herself is the Spirit of Courage, and that she had split her soul to escape the threat of the evil Bellum; the fairy held prisoner by Crayk contains her spirit powers she lost during the split. Oshus manages to fuse the two halves together, allowing Ciela to unite with the other spirits and track down the Ghost Ship. Ciela later uses her new spirit powers to open a sealed door inside the Temple of the Ocean King, permitting Link access to the deepest recesses of the temple so that he can search for clues as to the whereabouts of the three Pure Metals.

Ciela's power can be furthered by bringing Courage Gems to the sacred spring at Spirit Island, which will allow Link to shoot beams from his sword. Despite being Link's default fairy partner, he must have Ciela equipped on the Collection screen in order to use this ability.

The last of Ciela's power is unlocked during the final confrontation with Bellum, who after sustaining enough damage relinquishes the memories he had captured from Ciela before. This allows her to recall her true potential as the Spirit of Time. Using the power of the Phantom Hourglass, she is henceforth able to create Phantom Spheres that Link can use to freeze time, which is the only way to bypass Bellum's defenses and attack his eye. After Bellum has been defeated and the Ocean King's life force is restored, Ciela laments that she and Link must now part ways, thanking the hero for his help as he and Tetra are returned to their own world.