From Zelda Dungeon Wiki
Jump to navigation Jump to search
Want an adless experience? Log in or Create an account.
Sky Cannon 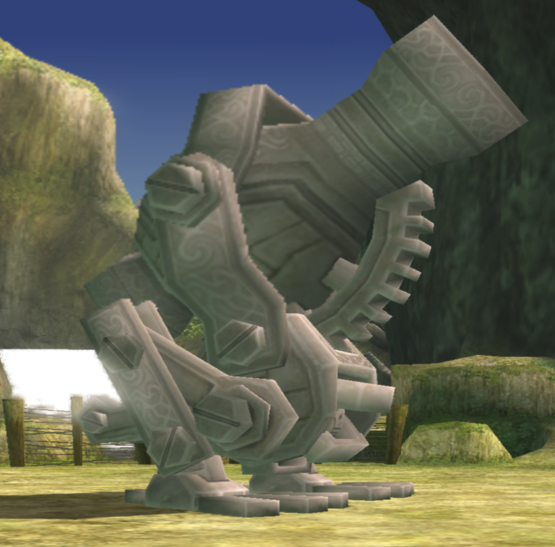 Later in the game, Shad discovers an Owl Statue blocking a doorway in Renado's basement in Kakariko Village. When Link obtains the Dominion Rod he can, with the help of Shad, move the Owl Statue blocking the entrance. This reveals the broken sky cannon what Zant broke into, which Midna can warp to Lake Hylia once Shad is out of the way.