From Zelda Dungeon Wiki
Jump to navigation Jump to search
Want an adless experience? Log in or Create an account.
Sho 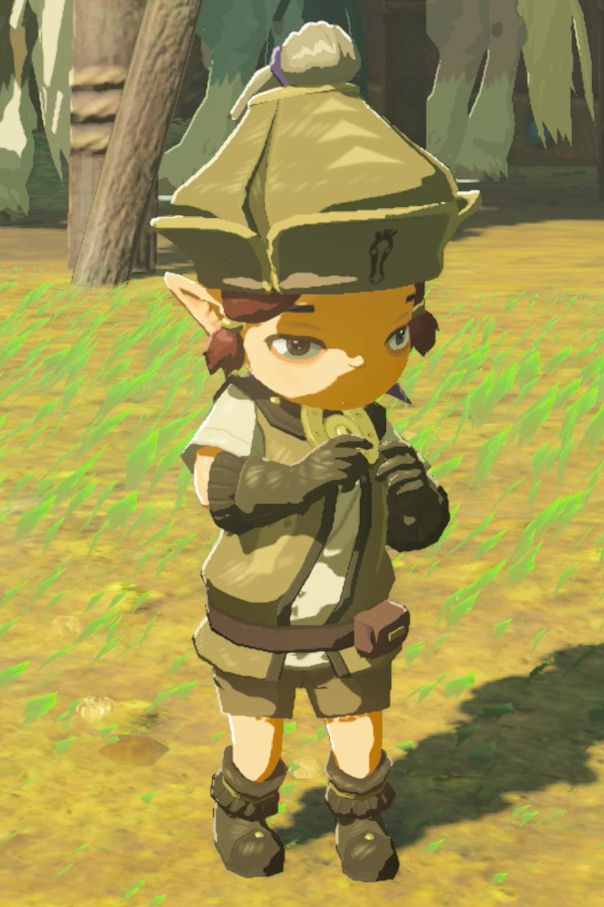 Sho is a character in Breath of the Wild.

Sho is one of the children who lives at the Tabantha Bridge Stable. Show loves bugs and will spend the majority of his day out looking for some rare bugs. He wakes up at 8am each morning and will kneel down just outside the stable, looking for some bugs.[1][2] At 11am, Sho will get up and run over in the direction of the Tabantha Great Bridge. Here he stands and waits, claiming he is waiting for the bug guy.[3] After standing for a few hours, Sho will then run back by the stable, kneeling down and looking for bugs in the same place as before. At 9pm each evening, Sho will return to the Stable to head to bed. He is disappointed that he didn't find many rare bugs throughout the day.[4]

If at any point during the daytime, it begins to rain, Sho will run inside of the stable. Although he wants to go play outside, but the rain prevents him from doing so. Sho states that it is a bit weird that some bugs, like Thunderwing Butterflies only come out when it is raining.[5]