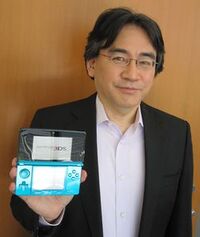 Satoru Iwata with the 3DS.