From Zelda Dungeon Wiki
Jump to navigation Jump to search
Want an adless experience? Log in or Create an account.
Nayru's House 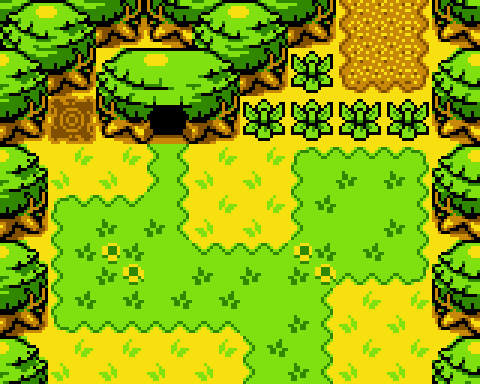 Nayru's House is a location found within Oracle of Ages. It is located at the northeast corner of the Forest of Time in the Present. As its name suggested, it the house where Nayru lives. After the opening scenes where Veran has taken control over Nayru's body, Impa will take refuge at Nayru's House. Impa will remain here for the majority of the game.

Later in the game, after Link travels to the Fairies' Woods, he will return to Nayru's House. Impa will have moved where she is standing, allowing Link to push the statue within Nayru's House and reaching the secret room. It is here that Link will acquire the Harp of Ages. Upon acquiring the Harp, a vision of Nayru will appear and she will teach Link the Tune of Echoes.[1] This song can activate Time Portals, allowing Link to warp back and forth between the Past and Present wherever these are located.