From Zelda Dungeon Wiki
(Redirected from Misko)
Jump to navigation Jump to search
Want an adless experience? Log in or Create an account.
Misko, the Great Bandit 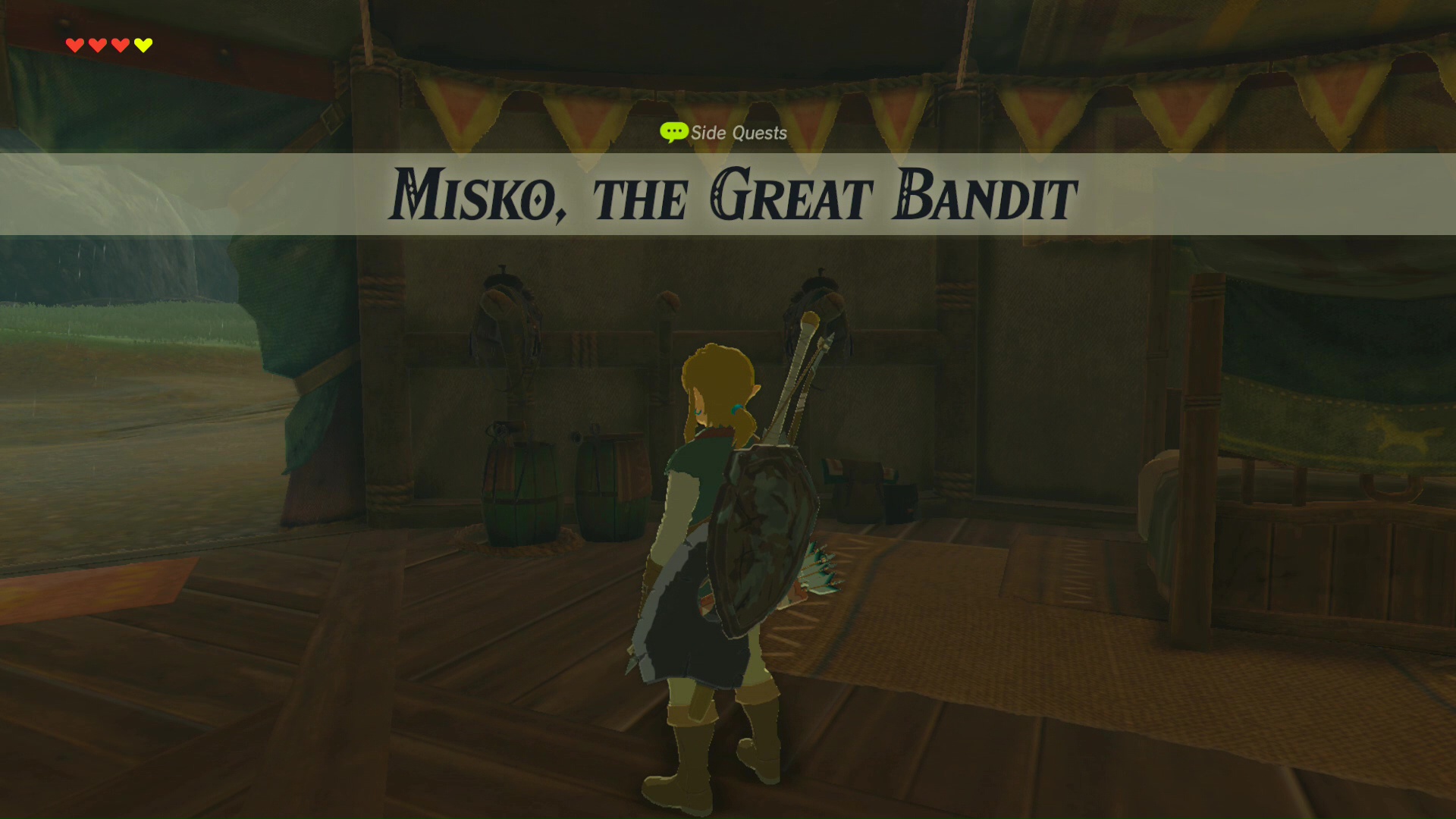 As this is available at the Dueling Peaks Stable, it could be one of the very first side quests that Link takes on. If that is the case, you might not have 100 rupees. At the stable, Link can sell items to Beedle, to earn enough rupees to take part in this quest.

Once you have 100 rupees, talk to Domidak and Prissen, found inside the Dueling Peaks Stable. Speak with them a second time and Domidak makes you an offer, for 100 rupees he will get you a hint on where to find Misko's treasure. This will start the quest in your log. While you could go to the cave and get the treasure any time you like, paying 100 rupees is the only way to get it added to your log.

From the Dueling Peaks Stable, cross the Big Twin Bridge to the south and then the Little Twin Bridge further south. From there just head south along the river through the Hickaly Woods. At the very end of the river, climb up the rocks to find a cave on the higher ledge. Break the boulders with a bomb and inside there are many treasure chests, including one behind another bombable wall. Even if 100 rupees were paid to start the quest, you will walk away with a far greater value in materials and it is worth the trip, especially early on in your adventure. Simply entering the cave and opening any treasure chest will complete the quest.

You got a riddle form the treasure hunters about a treasure hidden by someone called Misko, the Great Bandit:

"The little twin steps over the little river.
My cave rests above that river's source."

You managed to crack the riddle and locate the treasure!