From Zelda Dungeon Wiki
Jump to navigation Jump to search
Want an adless experience? Log in or Create an account.
Margoma 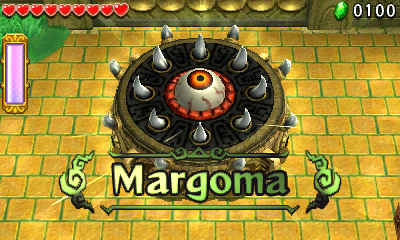 Margoma is the Boss of the Forest Temple in the Woodlands in Tri Force Heroes. It is a modified version of Margomill from A Link Between Worlds.