From Zelda Dungeon Wiki
Jump to navigation Jump to search
Want an adless experience? Log in or Create an account.
Marcus Krause 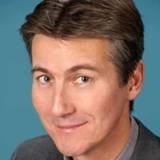 Marcus Krause is a manager who works for Nintendo of Europe, also working with the localization team for various Zelda titles. He is first credited in The Wind Waker, credited with Coordination for the localization efforts. He would go on to have similar roles on The Minish Cap and Twilight Princess. Krause would move on to have higher up positions at Nintendo of Europe, including Manager of Network Business Operations and Manager of Community Management Group.