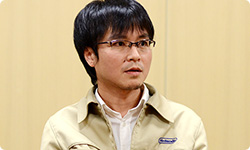 Makoto Miyanaga is a developer who has worked for Nintendo since the mid-90's. He originally worked on Super Mario 64 as a course designer before joining the Zelda team on Ocarina of Time, where he is credited as a Field Designer. He would go on to become an assistant director on Twilight Princess and eventually an assistant producer with Breath of the Wild.