From Zelda Dungeon Wiki
Jump to navigation Jump to search
Want an adless experience? Log in or Create an account.
Magician 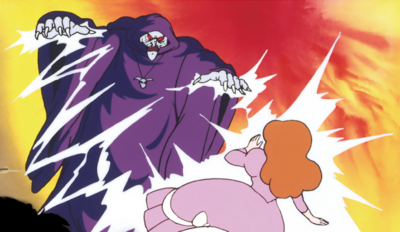 The Magician casts a spell of eternal sleep on Zelda I

The Magician is a character from the back story of The Adventure of Link. According to the tale Impa tells Link, the Magician had become an important adviser of the Prince of Hyrule after ascending to the throne following his father's death. Somehow the Magician knew of the secret of the split Triforce, and convinced the prince to interrogate his sister. When Princess Zelda I refused to divulge the information, the Magician put her into an eternal sleep, but died in the process.

While the identity of the Wizard is unknown, he was most likely either an agent of Ganon or one of his alter egos like Agahnim.[1]