From Zelda Dungeon Wiki
Jump to navigation Jump to search
Want an adless experience? Log in or Create an account.
Kampo 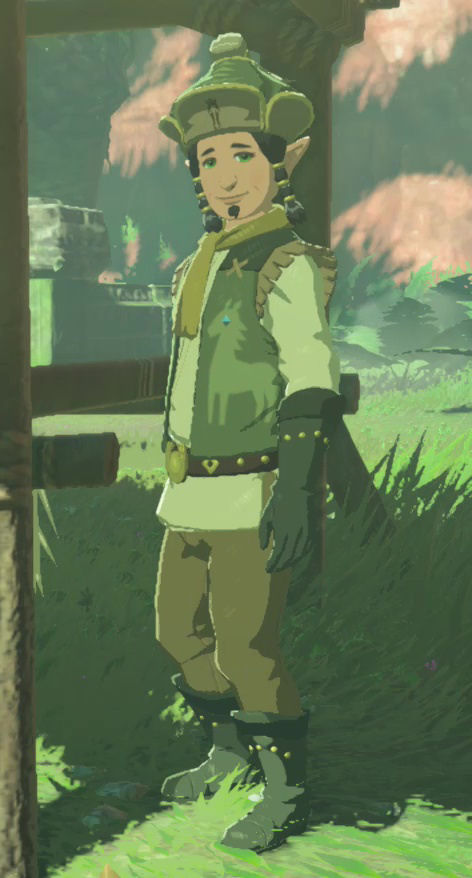 Kampo is a character in Breath of the Wild.

Kampo can be found at the Lakeside Stable where he spends most of the daytime standing and looking at the Horses found at the stable. Kamp has a fascination with the waterfalls at Lake Floria, referring to them as the very picture of perfection.[1] However, Kampo seems to think there is something strange at the very top of the waterfall, and while he thinks it has shrunk over time, there is a faint glow. He's unsure if this has been there the whole time.[2]

Kampo wakes up each morning at 5am before making his way to the horse stalls. He can be found standing by the stalls all day long, not heading back inside to go to bed until after midnight each night.