From Zelda Dungeon Wiki
(Redirected from Igneous Hammer)
Jump to navigation Jump to search
Want an adless experience? Log in or Create an account.
Hammer 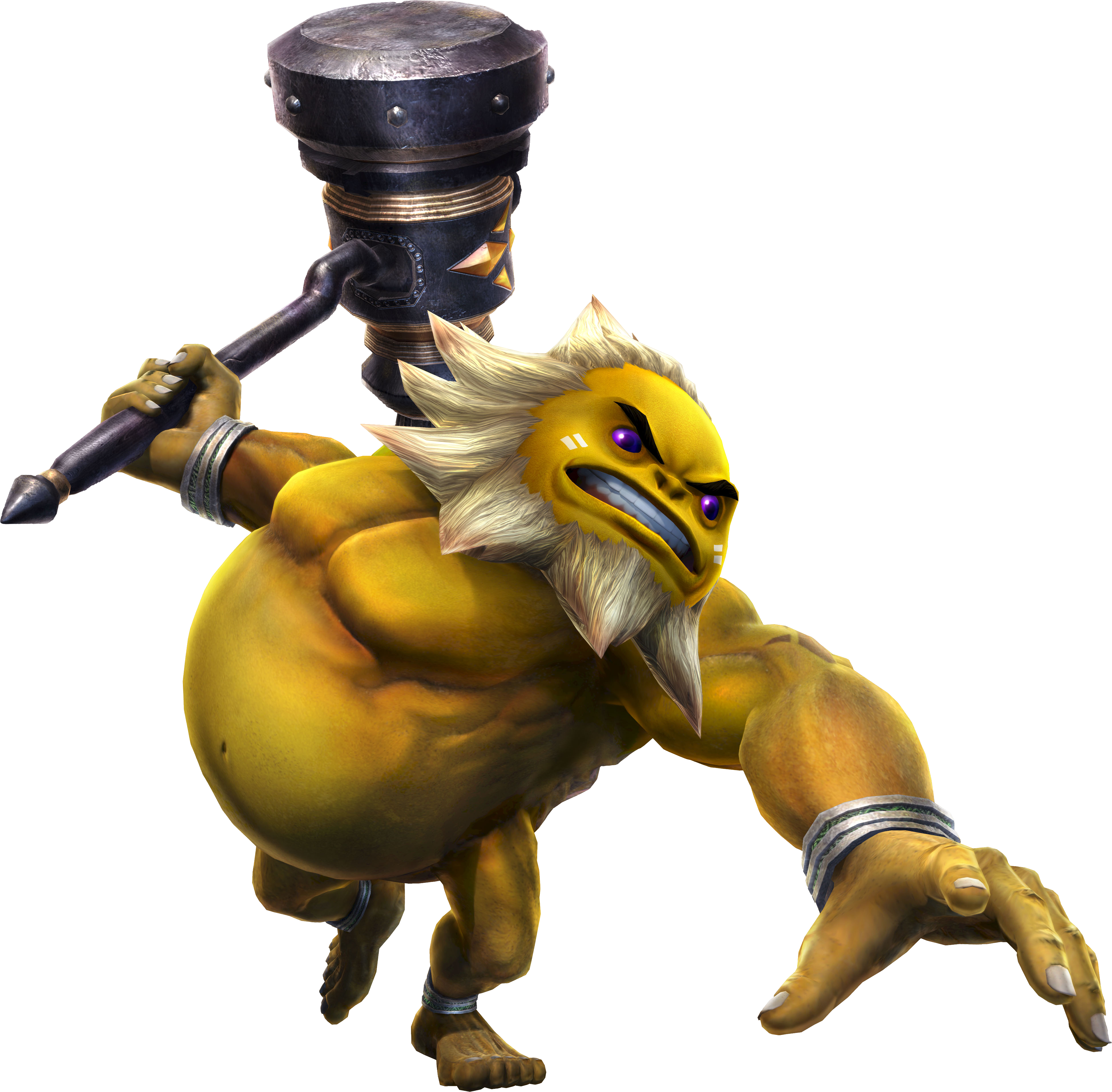 "A special hammer for Darunia's use only. Use the Strong Attack button to charge at enemies. Hit an enemy to lock on to that enemy, allowing you to follow up with more Strong Attacks!"

The Hammer is Darunia's only weapon in Hyrule Warriors. Darunia starts with a Magic Hammer when he is unlocked after completing Land of Myth in Legend Mode. The final form of the weapon is the Megaton Hammer, named for an item from Ocarina of Time. Darunia's attack chains include a lot of fiery sage magic. In one move, he lifts a boulder from a magic circle and launches it at his foes. His Strong Attack allows him to roll a great distance when pressed repeatedly.

Unlocked in Adventure Mode by completing the challenge at grid F13? with an "A" rank after using a Bomb on the square to the left of the bottom-right corner of the central rock.

Unlocked in Adventure Mode by completing the challenge at grid H14? with an "A" rank as Darunia after using a Goddess's Harp on the Goddess Butterflies to reveal the hidden enemies and using a Bomb on the wall two spaces west and four spaces north of the butterflies.