From Zelda Dungeon Wiki
Jump to navigation Jump to search
Want an adless experience? Log in or Create an account.
Hyrule Castle (Cadence of Hyrule) 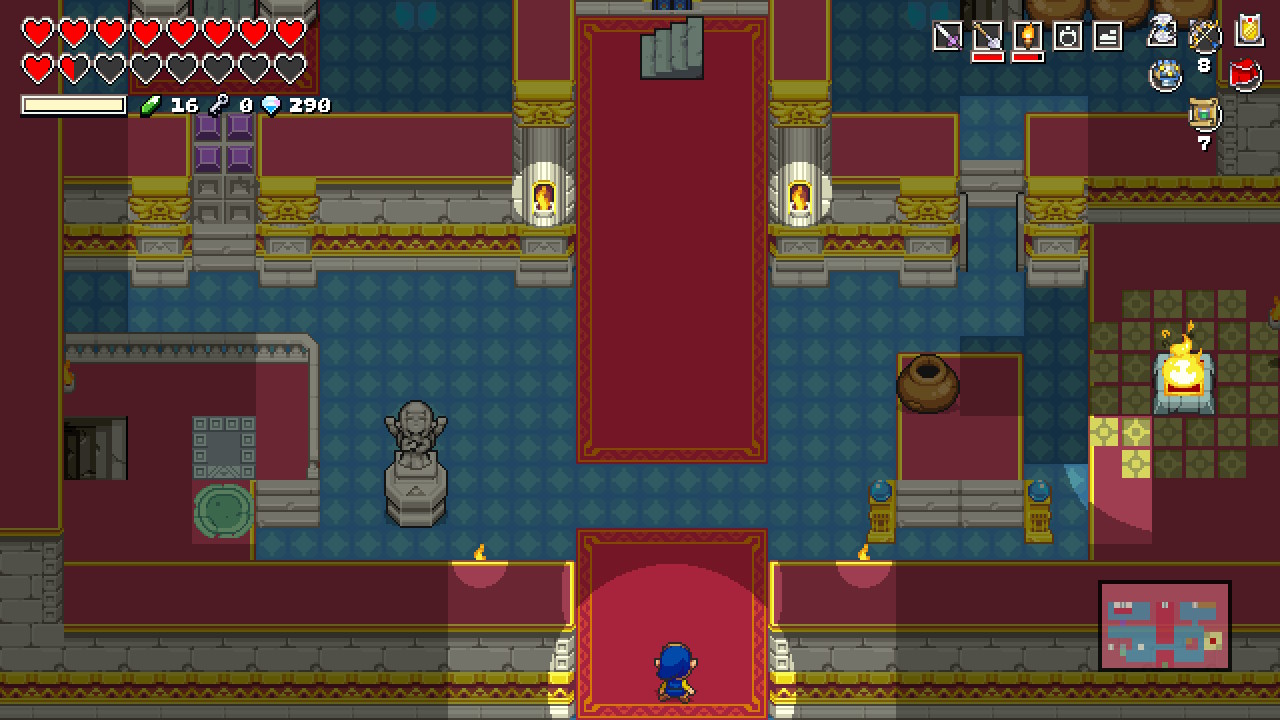 Hyrule Castle is the penultimate level in Cadence of Hyrule. The Maracas, Bass Guitar, Oboe, and Glockenspiel are required to enter the dungeon.

Caladbolg and the Royal Rapier

Upon gaining access, the player can get the first two Legendary Weapons in the game: Caladbolg and the Royal Rapier. To get Caladbolg, head to the left from the gate and push the stone block to the right side of the courtyard and use it to climb up to a button. Pressing it will open the tower entrance. Once inside, there are two ways to get to the staircase. If the player has not gotten the Deku Leaf, he or she can drop down from the first platform onto the Ball 'N Chain Guard to cross the gap. Otherwise, the player can use the Deku Leaf to knock down the box from the second platform and carry it to the gap between the two and use it to cross. The player can then use the Hookshot on the statues to reach the staircase leading to Caladbolg.

To get the Royal Rapier, enter the castle as Zelda to find the purple block lowered. Ascend the stairs and recite the music note pattern to wake the king. After a dialogue in which the king thanks Zelda for waking him, a new staircase will appear. Head up the screen to find a gap with a chest on the other side. Use the Hookshot to cross the gap and get the Royal Rapier! Use the Hookshot on the statues to cross the gap again and return to the entrance.

If the player is playing in Single Character Mode as a character besides Link or Shadow Link, Caladbolg will be replaced with a Purple Rupee. Since the block preventing access to the Throne Room will only lower for Zelda, the chest containing the Royal Rapier becomes inaccessible if the player is in a mode in which Zelda is unplayable.

If the player chooses to wake Zelda first, the journey to save Hyrule will begin in Zelda's bedroom. Impa will be there as well, and gives Zelda the Telescope after instructing her to flee the castle. The Dagger and Nayru's Love are also in the tower with Zelda.