From Zelda Dungeon Wiki
Jump to navigation Jump to search
Want an adless experience? Log in or Create an account.
Hidden Village 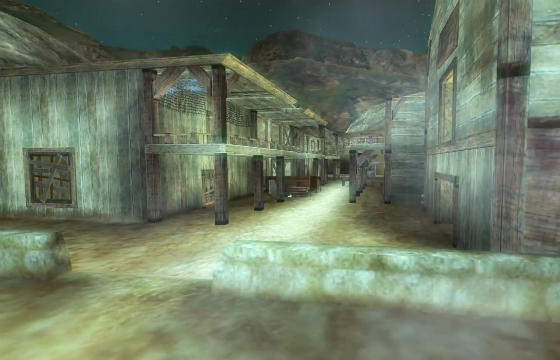 The Hidden Village is a location featured in Twilight Princess. It is one of the last locations revealed within the game. The village itself is found within Eldin Province and is situated to the northern trail of the Bridge of Eldin. Link is told by the only inhabitant of the village, Impaz, that the people who inhabited this village were of a tribe that served the Royal Family of Hyrule honorably. She is likely referring to the Sheikah tribe.

For the majority of the game, Link is unable to access this area due to the appearance of a large immovable boulder that covers the entrance. After Link has retrieved the Wooden Statue from the Stalhounds in Hyrule Field, he can show the item to Ilia. Ilia suddenly has a flashback regarding the statue and remembers a woman saving her from a pack of monsters.[1] Sensing that she still may be in trouble, Ilia urges Link to go this hidden location and save the woman.[2] With the help of the Goron patriarch, Darbus,[3] Link successfully enters the village. The village appears to be largely abandoned; however the young hero soon finds out that the area is infested with menacing Bulblins. Once Link has ridden the village of the monsters, an old woman appears from hiding out. She reveals herself to be Impaz,[4] the woman who helped Ilia. The old woman thanks Link for his troubles and hands him an item that could respark the memory of Ilia, the Horse Call.[5]

Link returns to the Sanctuary and shows Ilia the item. Suddenly, Ilia starts to remember her past and thus she recovers her full memory.[6] Ilia then goes on to tell the young hero about the "Messenger to the Heavens". This was told to Ilia by Impaz and she cannot leave the abandoned village until the messenger arrives with the rod. Realizing that this rod is in fact the Dominion Rod, Link returns to the village to speak to Impaz. She reveals that Link is in fact the "Messenger to the Heavens" and in return she hands him the Ancient Sky Book.[7] Link must complete this book with the Sky Characters in order to reach the City in the Sky, the hero's next destination.

There are two small Side Quests located in the Hidden Village, the first being for a Piece of Heart. In order to receive it, Link must talk to the Cucco Leader at the back of one of the building in Wolf form. He asks Link to talk to all twenty cats that have surfaced in the area. After he has, a Piece of Heart appears at the front of Impaz's House.

The second Side Quest in the village involves a Howling Stone. In Wolf form, Link can go to where he found the Cucco Leader and to the right he can find a Howling Stone. Howling the tune brings the Golden Wolf to its seventh and final location, right in front of Hyrule Castle.

The Hidden Village appears in a level in Link's Crossbow Training. The level is in the fifth stage, and is entitled The Shootout (Kakariko Shootout in the PAL version).