From Zelda Dungeon Wiki
Jump to navigation Jump to search
Want an adless experience? Log in or Create an account.
Garill 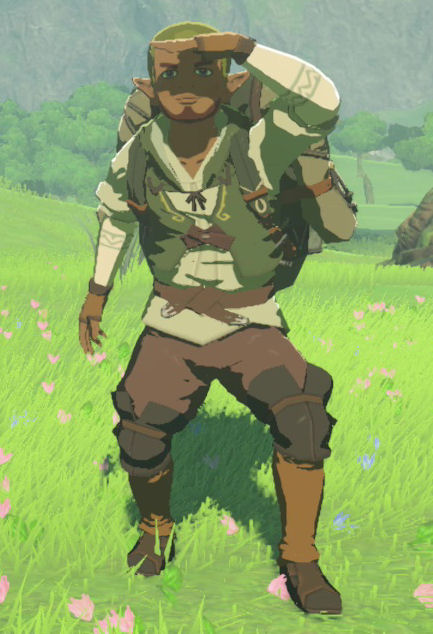 Garill is a character found in Breath of the Wild

Garill can be found walking around and admiring Fort Hateno.[1] He is well versed in the history surrounding Fort Hateno and he will yell at Link if he doesn't show interest in learning about it.[2]

Garill speaks of a story about a warrior who let an army to defend Fort Hateno against the Guardians that attacked.[3] He states that nobody truly knows what happened to the warrior, as some thought he gave his life that day, but others felt thought he went into a deep sleep to prepare to fight another day.[4] Garill is of course speaking of Link, who lost his life during the battle at Fort Hateno and was then taken to the Shrine of Resurrection.

Garill explains that the battle of Fort Hateno was the last line of defense and had the soldiers lost, Hateno Village would no longer exist. He is moved by the sight of all the fallen Guardian's that lie in front of Fort Hateno.[5][6]

Garill is so passionate about the story of Fort Hateno, that he feels it is his duty to pass on this knowledge to future generations, so they know the story of the warrior and the sacrifice that was made 100 years ago.[7] Garill often fantasizes as to what he would have done had he been around during the Great Calamity. He likes to think that he would have fought right alongside the warrior.[8]

Garill is around Fort Hateno day and night and will change his cycle every six hours. From 10pm until 6am each morning, Garill can be seen sitting under a tree by the small fire on the east side of the fort and will fall asleep when Link is not nearby. He goes to sleep, saying a prayer for the warrior and his troops that fought so valiantly.[9] At 6am he will get up and walk to the west side of the Fort, admiring it from this viewpoint. After 2pm, Garill will walk back and stand at the east side of the forst, where he'll remain until 10pm, before then heading back to the small campfire. Garill will keep this schedule, even it starts raining. Although when it does rain, he states that his life is only possible because of those that fought before. This thought brings a tear to his eye, although it could just be the rain.[10]