From Zelda Dungeon Wiki
Jump to navigation Jump to search
Want an adless experience? Log in or Create an account.
Gaddison 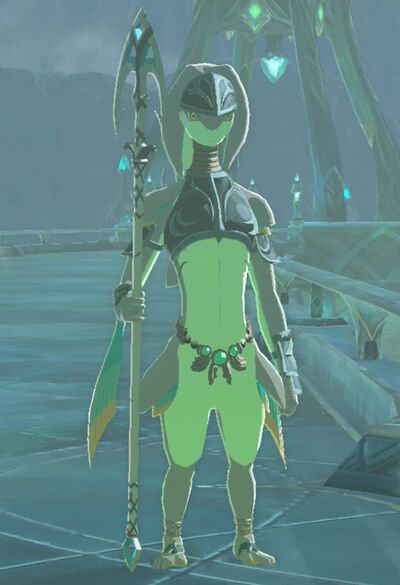 Gaddison is a Zora character in Breath of the Wild.

She explains that the Divine Beast Vah Ruta has been sprouting water, which has caused the lake to be in danger of flooding. Although after Ruta has been appeased, the skies will finally clear and the water level will stop rising.[2] Gaddison wonders if maybe Sidon stopped the water assault, or perhaps Seggin was finally able to shoot some Shock Arrows to appease the beast.[3][4]

Gaddison had been good friends with Link from 100 years earlier. She remembers when she was younger and they would play together all of the time. Although she recognizes Link from 100 years ago, she is a bit curious as to how Link looks exactly the same as he did from back then.[5]