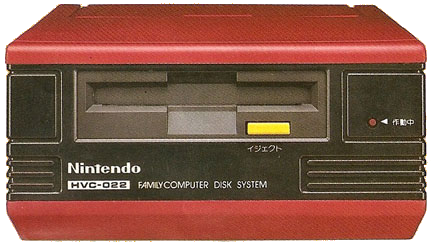 The Famicom Disk System, not attached to the Famicom.

The Famicom Disk System utilized floppy disks for game storage and saving. Games could be purchased on prerecorded disks or recorded to blank disks from kiosks for a price. Unlike other consumer floppy disks, Famicom Disk System disks did not have disk shutters, presumably to save cost. Disks were double-sided; usually, title screens were recorded onto side A (top), while the actual game data was recorded onto side B (bottom), necessitating a disk side change when the game was started.