From Zelda Dungeon Wiki
Jump to navigation Jump to search
Want an adless experience? Log in or Create an account.
Eryck 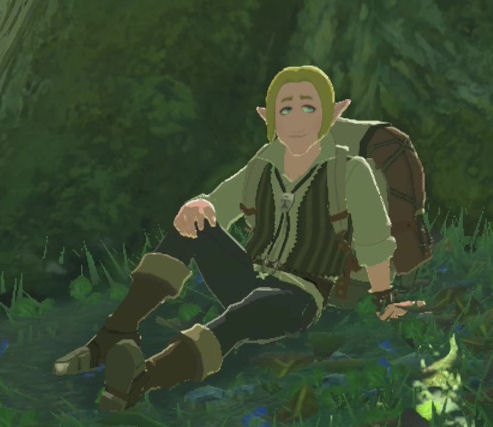 Eryck is a character in Breath of the Wild.

Eryck is a traveler who can be found sitting by his camp, located in the Rabia Plain of East Necluda. He is in search of Zora's Domain, but after getting lost, he was about to give up.[1] However, he then heard a voice coming from the Lanayru Tower.[2] The voice he hears is of Gruve, a Zora who is trapped atop the Lanayru Tower and doesn't know how to get down.

Eryck wants to follow the voice to reach the Lanayru Tower, but he's concerned that it's too hard to cross the Rutala River. He explains that it is the widest river in Lanayru and swimming across would be risking your life.[3] He advises Link to go to Linebeck Island, located in the Lanayru Wetlands, just north of Kakariko Village. However, he erroneously, states that Linebeck Island is to the east, when it is actually northwest of where Eryck currently sits. This could contribute to the fact that Eryck is lost and his sense of direction is out of disoriented.