From Zelda Dungeon Wiki
Jump to navigation Jump to search
Want an adless experience? Log in or Create an account.
Child Ending 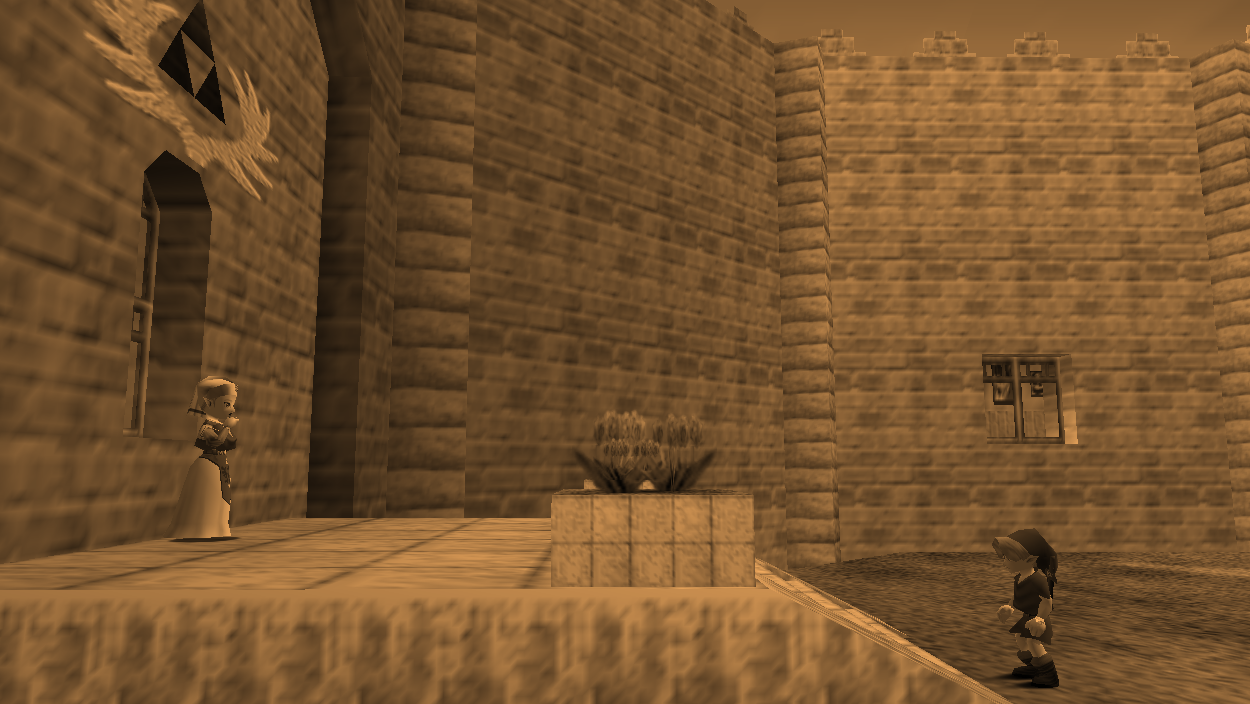 The final still scene from Ocarina of Time

The Child Ending is one of three endings of Ocarina of Time, which causes the series continuity to branch off into the Child Timeline.

After defeating Ganon and returning peace to Hyrule, Princess Zelda plays the Ocarina of Time, warping Link back to the past. Young Link witnesses Navi depart through the window of the Temple of Time. He then goes to the Hyrule Castle Courtyard to see Zelda in her younger incarnation. Notably, he is shown to retain the mark of the Triforce of Courage on his hand, despite travelling to before the opening of the Sacred Realm. He tells the young Princess Zelda of what would happen in the future. The Princess then passed the information onto the Royal Family and Ganondorf was captured and sent to be executed.

Two years later, Link treks through the Lost Woods in search of Navi. He is ambushed by the Skull Kid wearing Majora's Mask, thus setting in motion the events of Majora's Mask and the Child Timeline.

Subsequent Games in the Timeline