From Zelda Dungeon Wiki
Jump to navigation Jump to search
Want an adless experience? Log in or Create an account.
Calisa 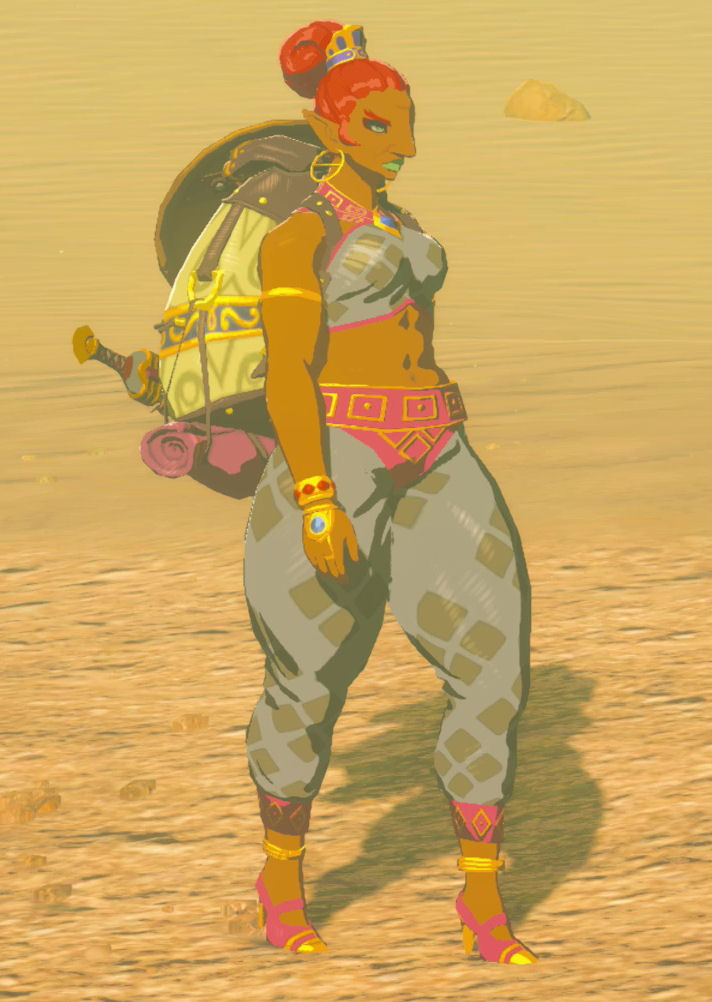 Calisa is a character in Breath of the Wild.

Calisa is a Gerudo treasure hunter who travels between the Gerudo Canyon Stable and Kara Kara Bazaar. She can be seen wielding a Gerudo Scimitar and a Gerudo Shield. She will stop and rest at the Gerudo Canyon Stable as well stopping to look at the pond at the Bazaar, before then heading back on the road. The harsh conditions of the Gerudo Desert do not seem to bother her, as she will continue to walk regardless of whether it is very hot or cold.

She knows that there is treasure buried throughout the Gerudo Desert and she wants to dig it all up.[1][2][3][4] Although she is looking for treasure, she is also looking for a man. In particular a rough and tough man.[5][6] She is not to impressed by the men that are found at the Gerudo Stable and says that there isn't much value in them.[7] However, when meeting Link, she's surprised that he has such strength and endurance into such a runty body.[8]

Calisa will also comment about the Yiga Clan and how many of the people at Kara Kara Bazaar are buzzing about their presence.[12] Calisa also briefly mentions the Leviathan Bones that are in the desert.[13] She talks about how only a few travelers have seen the leviathan bones, likely due to the Gerudo Great Skeleton being at the far southwestern edge of the desert.