From Zelda Dungeon Wiki
Jump to navigation Jump to search
Want an adless experience? Log in or Create an account.
Ashe 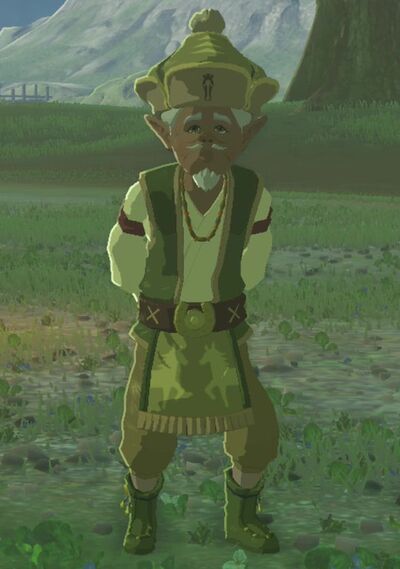 Ashe is a character in Breath of the Wild.

Ashe is an old man who lives at the Woodland Stable. He recognizes that Link is not from around the area and will give him a guide about several things in the region. He mentions that the Woodland Stable originally got its name because of the Great Hyrule Forest that is nearby. The stable serves as a border between Hyrule Field and the Eldin region.[1]

Ashe will talk about Death Mountain, which is located just northeast of the stable. He warns Link that it is incredibly hot and would be very dangerous for him to travel there. Although if he does desire to try to climb the mountain, he recommends trying to do so from the Akkala region, to the east. He suggests Link stop by the Foothill Stable, near the Maw of Death Mountain, as he's certain that somebody at the stable will know how to deal with the heat.[2]

The old man will also talk about Hyrule Field, located to the south, just beyond the Crenel Hills. While he acknowledges that the nature is beautiful, he does mention that just north of the field are the Hyrule Castle Town Ruins and Hyrule Castle. While Castle Town was once the center of Hyrule's culture and commerce, it is now very dangerous and Ashe warns Link not to travel there. He mentions knowing a lot of younger people that traveled in that direction and they never came back.[3]

Ashe will also tell Link about the Great Hyrule Forest, located to the north. He once ventured there as a boy, looking to collect firewood. However, he lost his way while traveling through the Lost Woods. The wind was howling and he started to run away. Then all of a sudden the fog cleared and he was outside the forest.[4]

At 10pm each evening, Ashe will head into the stable and will look after his grandchild, Shamae, who is sleeping.[5] He remains there all night until 5am, where he will then head back outside.